NEW DELHI, India—Latest updates reveal that the Sikh Cell of BJP in Delhi has lodged a complaint against Anushka Sharma for hurting religious sentiments of Sikhs as well as Hindus by presenting Sikhs as rapists and Hindu Pandits as non-vegetarian in a recently published web series ‘Pataal Lok’. Notably, this web series has been produced by Anushka Sharma while Amazon Prime promoted it. 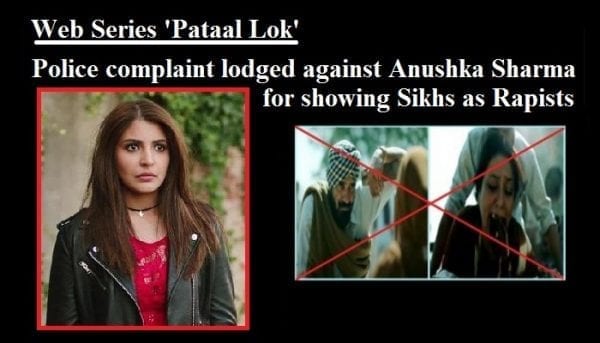 Matta has also requested the Information and Broadcasting Minister Prakash Javadekar to intervene and take action.

It is noteworthy here that a Punjabi Sikh man, accompanied by his supporters including an Amritdhari Sikh, has been shown raping a woman in Episode #3 of this web series named ‘Pataal Lok’.

Similarly, a pandit has also been shown cooking meat in a temple and a Hindu having it within its premises in this web series.