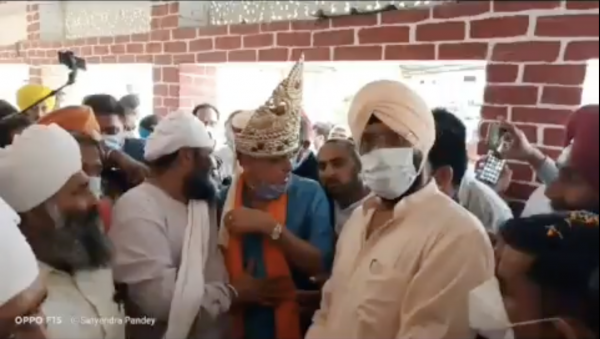 On the demand of local sangat, management of Gurdwara Nanakmatta Sahib has resigned from the office for violation of Maryada at the historic Gurdwara during a visit of Uttarakhand Chief Minister Pushkar Singh Dhami.

It was disclosed by Jagir Kaur, president of the Shiromani Gurdwara Parbandhak Committee (SGPC) who sent a three-member committee to the Gurdwara Sahib on the direction of Akal Takht Sahib to probe into the matter.

“The committee investigated the whole matter and recorded the statements of the management. As per the demand of the Sangat (congregation), the present management committee of Gurdwara Nanakmata Sahib has resigned from its post”, said Jagir Kaur.

She said, after the resignation by the incumbent management committee, a five-member executive committee from among the Sangat has been constituted by the SGPC panel, which includes Jarnail Singh, Sukhdeep Singh, Kuldeep Singh, Jasbir Singh and Amarjeet Singh, to look after the management of Gurdwara Nanakmata Sahib till further orders.