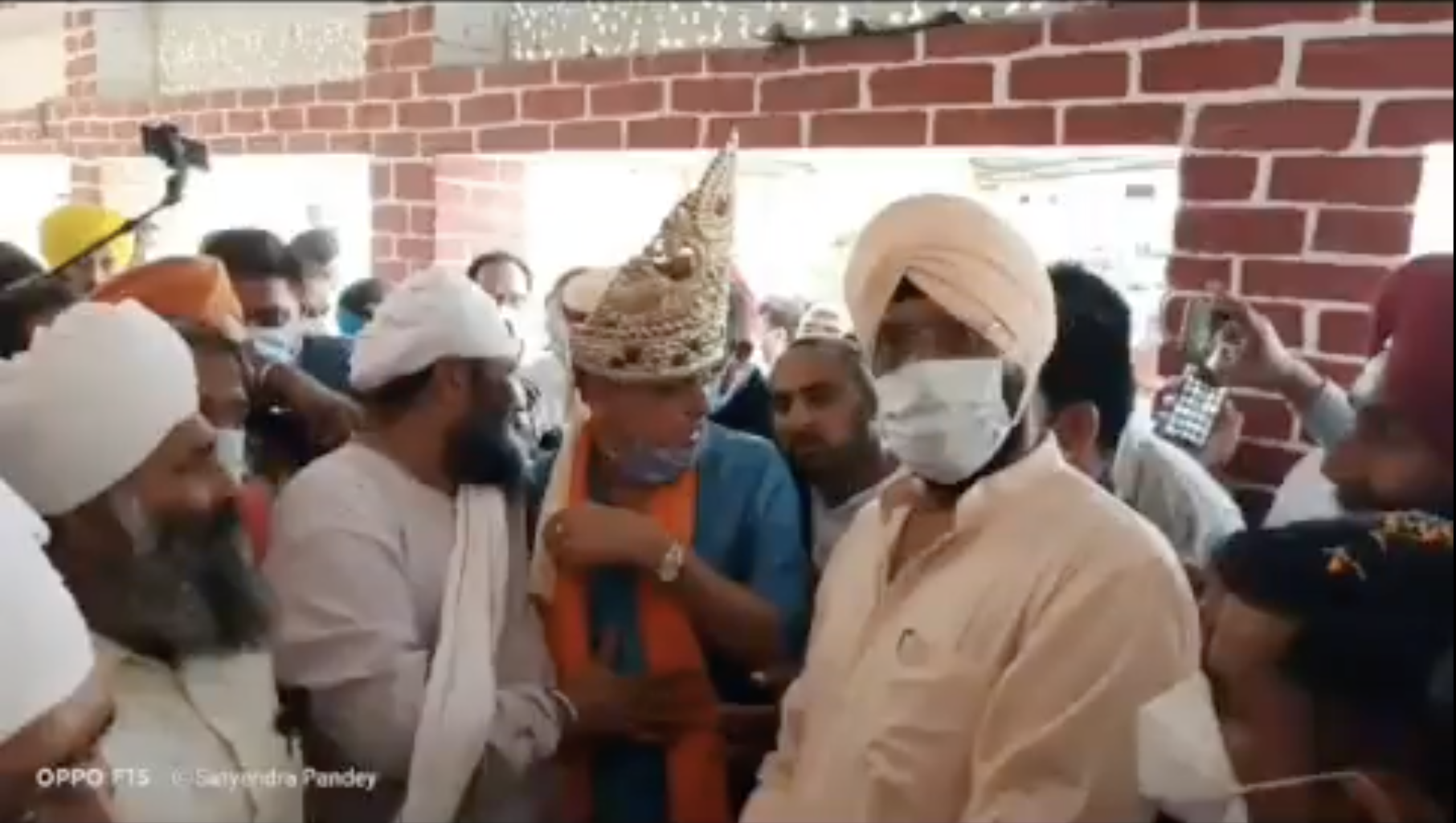 Grave violation of maryada (religious decorum) at historic Gurdwara Nanakmatta Sahib in Uttarakhand during chief minister Pushkar Singh Dhami’s recent visit to the shrine has hurt sentiments of the Sikhs.

In the video shared by the Akal Takht office, pro-BJP slogans are being raised by Dhami’s supporters on the gurdwara premises and women are seen performing the folk dance of the state. A photo was also shared in which the head of the local Kar Sewa organisation is seen presenting the Chief Minister a silver ‘mukut’ (crown).

Taking serious note of the violation, SGPC-appointed acting jathedar of Akal Takht Sahib Giani Harpreet Singh has constituted a three-member committee to probe the matter and take action against the guilty. This committee will leave for the historic gurdwara sahib to implement the order of the acting Jathedar.

Meanwhile, the SGPC president Jagir Kaur has taken strict notice of the violation of maryada. He said that Gurdwara Sahib has its own code of conduct which no one has the right to violate.

“By getting the dance of the girls conducted for the reception of Uttarakhand chief minister is a gross violation of the Gurdwara’s code of conduct which has hurt the Sikh sentiments. At the same time, it is against maryada that the chief minister was honoured with a silver crown along with Siropao (robe of honour) and a sword, when he came to pay obeisance at Gurdwara Sahib”, said Jagir Kaur.

She said that a letter would be written to the management committee of Gurdwara Sri Nanakmata Sahib seeking clarification on the incident. She said that Giani Harpreet Singh, Jathedar of Akal Takht Sahib has also constituted a three-member committee to investigate the matter and submit a complete report to the Akal Takht Sahib.

In a statement released by the Gurdwara Parbandhak Committee (GPC), Nanakmatta Sahib clarified on Sunday that the girls for dance were brought by the district information and public relations department for welcoming the chief minister.

“The girls were stopped in front of the car parking near the Fuwara Chowk. On arrival of the chief minister the members of Gurdwara Parbandhak Committte, Nanakmatta Sahib went inside the Gurdwara Sahib to pay obeisance and the girls took entry at the tin shed and started dancing. On noticing, the deputed Sewadar stopped them from dancing in less than one minute”, reads the statement issued by the GPC, Nanakamatta Sahib.