Sidhu, who was arrested by Delhi Police terming him key accused of alleged violence that happened in Delhi on January 26 during farmers’ tractor parade, was released from the jail on April 26, after being granted bail by the court at Delhi in a case registered by Archeological Survey of India (ASI). 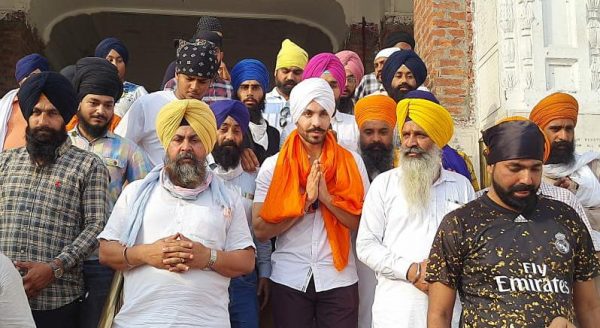 On his arrival at Sri Harmandar Sahib, he was accorded a warm welcome by the local Sikh Sangat and members of various Sikh organizations. He was given ‘siropa’ (robe of honour) by Paramjit Singh Akali, a local Sikh activist. However, the Shiromani Gurdwara Parbandhak Committee (SGPC), which felicitates every VIP in its information office of the holiest Sikh shrine, avoided felicitating him.

After paying obeisance, Sidhu said, “I did believe that I would be released so early. It could be possible because of the blessings of Guru Sahib, who ensured my release. With Guru Sahib’s grace, I met with nice judges who acted fairly while hearing my bail plea and granted me same”. 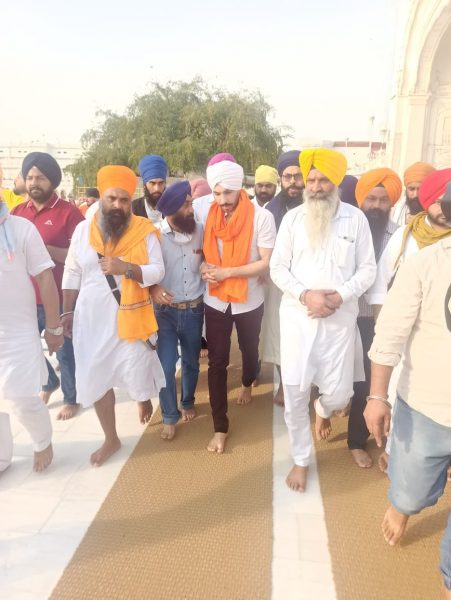 Speaking on the farmers’ stir, he said, “It is very unfair for the Union Government to not engage with the agitating farmers since January 22 to talk on three farm laws which are posing a threat to the farming community. Farmers of the entire country are feeling threatened, and the government must listen to them genuinely in the pandemic situation”.

During the tractor parade, the agitating farmers reached Red Fort, and they hoisted ‘Nishan Sahib’ (Khalsa flag) there. The Delhi Police stated in the FIRs registered against hundreds of the farmers that the agitators turned violent and injured them. Sidhu was termed as prime accused of this alleged violence and made a scapegoat. The farm unions leaders also targeted him instead of protecting his fundamental rights.

So, Sidhu was arrested for several offences on February 9 from Karnal district of Haryana under the Indian Penal Code, including rioting (147 and 148), unlawful assembly (149), attempt to murder (120-B), criminal conspiracy (120-B), assaulting or obstructing public servant (152), dacoity (395), culpable homicide (308) and disobedience to order promulgated by a public servant (188) and Prevention of Damage to Public Property Act and the Ancient Monuments and Archaeological Sites and Remains Act.