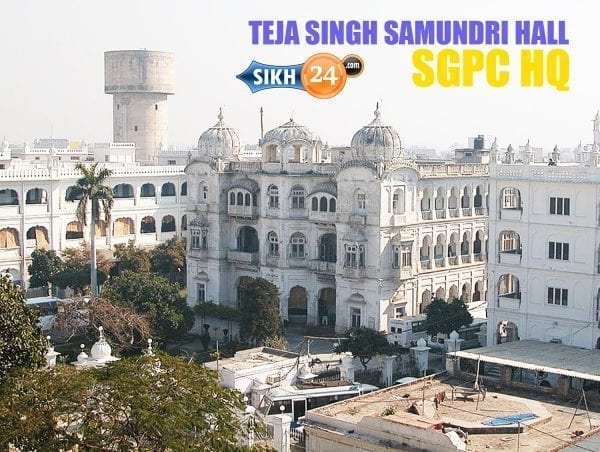 Under fire for indifferent attitude toward the heritage buildings, the Shiromani Gurdwara Parbandhak Committee (SGPC) today announced the initiation of a project of Sikh Archives.

The SGPC president Jagir Kaur said a Sikh Archives Project will be established at Jathedar Gurbachan Singh Tohra Institute of Sikh Studies, Bahadargarh, Patiala and a detailed report has been submitted in this regard by a sub-committee, which will be implemented.

“Important historical documents of the Sikh community from the world-level will be made part of this Archives Project. SGPC is committed to preserve the Sikh heritage and connect the Sikh community from across the world and the plan of Sikh Archives Project has been drawn in this regard. England resident late Dr Darshan Singh Tatla, a scholar, has played an important role in this project. Although he has passed away, his valuable work and views will be given special importance in the establishment of this important project. For the Sikh documents which were in the possession of Dr Tatla, his family will be contacted”, she said.

Congratulating Kamalpreet Kaur of Sri Muktsar Sahib, who secured position in the final of discus throw sports event at Tokyo Olympics, announced that to motivate the players, the SGPC will especially honour those Sikh players who will win any medals at the Olympic Games.

After chairing the meetings of the SGPC’s Dharam Prachar Committee and Education Committee at SGPC office on Saturday, Jagir Kaur said that it is a matter of great happiness that Kamalpreet Kaur has brightened the name of Sikhs after securing the position in the final at Olympics.

“On the selection of Kamalpreet Kaur for the Olympics, the SGPC had honoured her with Rs 2 lakh and she will be honoured again on her arrival”, said the SGPC chief.

Talking about the decisions taken during the meetings of Dharam Prachar Committee and Education Committee, Bibi Jagir Kaur said that sub-committees have been formed to draw the plan for organising the events and seminars in Punjab as well as different states in the country dedicated to the 400th Prakash Purb (birth anniversary) of Sri Guru Teg Bahadar. She said very soon events will be started dedicated to this centenary.

She said that to methodically carry on the Dharam Prachar Lehar in India it has been decided to re-allocate the areas to Sikh Missions.