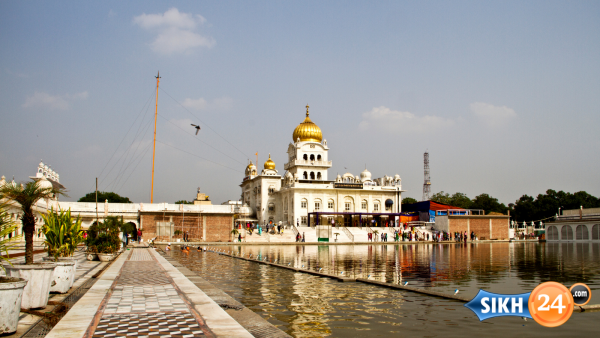 After Delhi High Court reinstated its election symbol in the polls of the Delhi Sikh Gurdwara Management Committee (DSGMC), Shiromani Akali Dal (Badal) leaders, including the incumbent president of the DSGMC Manjinder Singh Sirsa are stating that they have defended the Sikh concept of Miri-Piri by securing relief in the court.

Before going through the SAD (B) claim, we will put light on what this concept actually is.

Adopting the term “Miri, Piri” in Sikh tradition has been made to connote the temporal and spiritual components of life, the materialist concept of human existence, and the spiritual aspect of the human soul. Guru Hargobind Sahib, wearing the two kirpans of Miri and Piri, has endowed on the Sikhs the importance of these two important aspects of life. The term represents for the Sikhs a basic principle that has influenced their thought process and has governed their social structure, political behavior, communal organization, leadership, and politics. (Source: Sikhiwiki.org).

However, the Shiromani Akali Dal leaders have been stating that this concept gives them the right to manage both gurdwaras and remain in power in the governments. So far, they have been (mis)using this concept retaining their authority on the helm of the Shiromani Gurdwara Parbandhak Committee (SGPC), the apex body that manages affairs of the historic gurdwaras in Punjab, Haryana, Himachal Pradesh, and Chandigarh, and the DSGMC that looks after historic gurdwaras in the national capital of India. None objected to this practice till the party came under the absolute control of Badal families. Ever since Parkash Badal took over the party, misappropriation, irregularities, and many kinds of corruption are rampant in these gurdwara bodies.

On securing its election symbol that retains its recognition as a party in the gurdwara polls in Delhi, Sirsa said, “Following the concept of Miri-Piri, we did not label our party as a purely religious outfit before the judge in the court. Our rivals wanted us to be made religious but remained firm on the doctrine of Sikhi”.

Reacting to using this concept by the SAD (B) leaders for their vested interests, veteran journalist Sukhdev Singh has described this issue very well. He said, “Trusts have been formed to look after the big assets of the SGPC. Badals and their kin have taken over these Trusts. Thus, the SGPC has no longer remained as one it was in the first half of the previous century. This body has been squeezed. It has been ensured that the remaining power of the SGPC keeps on working to fund these Trusts. In such a situation, this organization will be empty from inside”.

“In the new situation, the judiciary is trying to keep the SAD (B) away from the SGPC on the pretext of secularism, but Badals have made alternative arrangements through Trusts. Thus, it will become a body that will have limited powers”, he added.

Taking note of Sirsa’s remark, Delhi High Court lawyer HS Phoolka said, “Does SAD  (B) really follow the concept of Miri-Piri, senior vice president of which is the person who belongs to a Muslim family and massacred many Sikh youths in fake encounters in the 1990s? Another senior vice president of the party is also non-Sikh and one of Punjab’s top liquor contracts. Is it the principle of Miri-Piri? Does this kind of party have the right to take control of the sacred historic gurdwaras? After the court gave relief to this party, it will be up to the sangat which decide whom to be elected”.