The apex Sikh body Shiromani Gurdwara Parbandhak Committee has kickstarted a project worth INR 100 million to renovate the historic Ramgarhia Bunga situated on the north-eastern edge of Sri Darbar Sahib complex. A team of historians and experts will be looking over this renovation project aimed at preserving the history and antiquities of this historic complex. 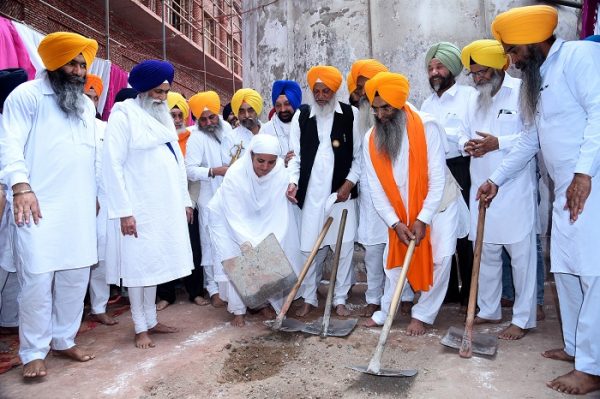 Interacting with media on this occasion, SGPC president Bibi Jagir Kaur said that the arrangements to depict the history of twelve misls (confederacies) will also be made within Ramgarhia Bunga so that the upcoming generations could get apprised about their great history audibly as well as visually.

“Ramgarhia Bunga is the heritage of the Sikh community that has protected history of sacrifices inside it,” she added.

Sikh General Sardar Jassa Singh Ramgarhia, who was the head of Ramgarhia confederacy in the late 18th century, had built this three-storied complex on the circumambulation of Sri Harmandir Sahib complex to save the sacred Sikh shrine from sudden attacks of Mughal invaders.

He had designed this complex infrastructure to station sentinels to watch for any surprise attack and house soldiers to help fortify the area so that the central Sikh shrines could be saved from any desecration attempt.

At that time, two special minaret-style high watchtowers were constructed to keep watch over the nearby areas of Sri Harmandir Sahib.

The historic Takht-e-Taus of the Mughal Empire, a red-colored granite slab on which all the Mughal emperors used to get crowned, is also lying inside this historic Ramgarhia Bunga complex.

The Sikh generals had seized this Takht-e-Taus after conquering Delhi. In fact, it marks the end of the Mughal Empire in the Indian sub-continent.