Taking an appreciable step to put control over extreme Hindu elements in Punjab, the Punjab government has booked 36 Hindu extremists including an infamous Hindu leader Nishant Sharma under sedition charges for trying to disrupt communal harmony by passing threats to the Sikh community. 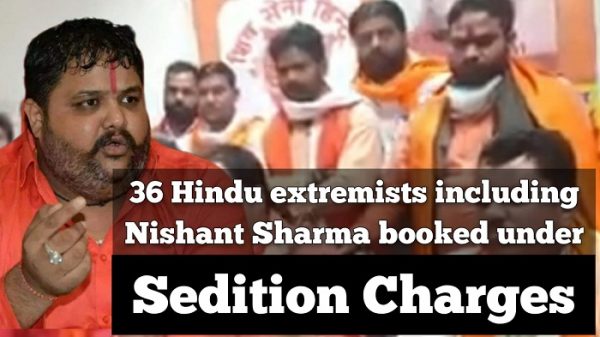 The Punjab government’s move against Nishant Sharma and his accomplices has come after he released a video seeking a ban on carrying of Kirpan by Nihang Singhs. In this video, Nishant Sharma has used highly inflammatory language against the Sikhs.

Meanwhile, it is learned that the Kharar police have arrested Nishant Sharma and his eminent supporter Arvind Gautam (Mohali) while the raids were on to nab other 34 Hindu extremists.