The Sarbat Khalsa-designated acting Jathedar of Akal Takht Bhai Dhian Singh Mand today announced to summon two Congress Ministers and three MLAs of Punjab to the highest Sikh temporal seat to answer why has their government not delivered justice to the Sikh Qaum in the cases of Guru Granth Sahib’s sacrilege happened at Bargari village of Faridkot and post-sacrilege Police firing incidents that killed two peaceful Sikh protesters and injured many.

Led by him, Panj Pyare (five beloved ones of Guru) gathered at Takht Sahib to issue edict to the representatives of the Punjab government. The representatives are Sukhjinder Singh Randhawa (Cooperation and Jail Minister), Tript Rajinder Singh Bajwa (Higher Education Minister), Harminder Singh Gill (MLA-Patti), Kushaldeep Singh Dhillon (MLA-Faridkot) and Kulbir Singh Zira (MLA-Zira). On behalf of the state government, they reached out to Bhai-led sangat sitting at Bargari Insaaf Morcha in December 2018. They assured that all the Morcha’s demands have been met and requested the morcha dictator to culminate it.

On their assurance, the morcha was lifted temporarily, but the assurance turned false as no demand has been met so far, said Bhai Mand, who was accompanied by Panthik leaders including Bhai Jarnail Singh Sakhira and Harbir Singh Sandhu.

In the edict issued by the Panj Pyare, the representatives have been asked to appear before the Takht Sahib at 11.00 pm on August 2 with a clarification.

On June 20, Bhai Mand submitted an apology while performing ‘ardas’ before Akal Takht for winding up the Bargari morcha (sit-in) prematurely on Congress leadership’s “false” assurances. He said that it was his biggest blunder to rely on the state Congress leaders for justice.

For seeking justice in the case of Guru Granth Sahib’s sacrilege and Kotakapura and Behbal Kalan Police firing incidents, the morcha lasted for over six months at Bargari village in Faridkot district. It had drawn a huge response from the Sikh masses, and the decision to end it had invited criticism at that time, too.

While performing ardas, Bhai Mand said, “The morcha had entered its final phase, but representatives of the Congress government in Punjab turned up there to accept the demands. In the presence of Guru Granth Sahib and sangat, the ministers assured justice for the panth. In consultation with Sikh leaders, we trusted them and ended the morcha. Later, we learnt that this government is also insincere and stands with the culprits of the sacrilege. It hurt the Sikh sentiments across the world.” 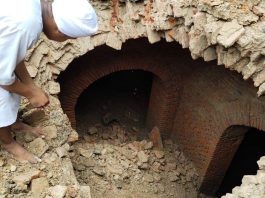 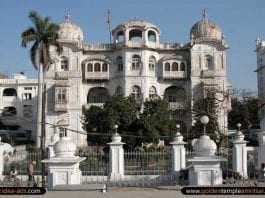 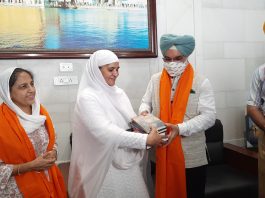