NOTE: This story has been updated.

BIRMINGHAM, UK—As per the latest developments, a number of UK Sikh organisations and Gurdwaras have banned controversial Sikh preacher Harinder Singh from performing the duty of religious preachment.

The decision to ban Ranjit Singh Dhadrianwale and Harinder Singh was taken collectively by representatives of a number of Sikh organizations and Gurdwaras across the UK. The gathering was called after a video of Harinder Singh went viral on the social media, in which he alleged that Guru Nanak Dev Ji may have been murdered or kidnapped, and his body was never recovered by anyone.

Following are the five resolutions that were passed at the gathering – 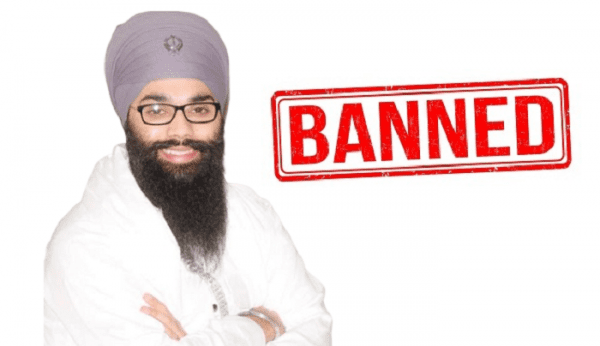 Although, Harinder Singh retracted his controversial statement about Guru Nanak Sahib on December 17, however, the Sikh wrath against him has not calmed down.