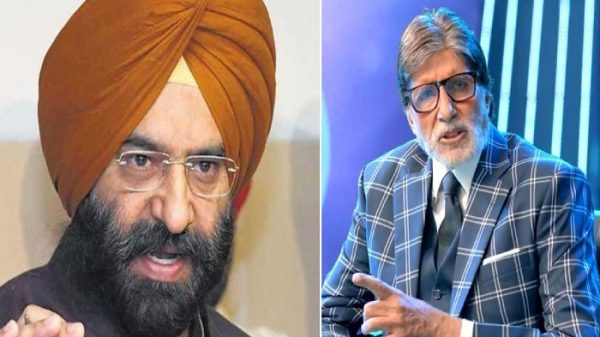 “On May 9, we succeeded in establishing contact with Amitabh Bachchan, and he hailed the Sikhs for their services during this tough time,” he further said.

Talking about his social media posts in praise of Amitabh Bachchan’s contribution, Sirsa claimed that he was not aware of the 1984 Sikh genocide charges against Amitabh Bachchan, due to which he wrote the words used by Amitabh Bachchan for praising Sikhs.

Manjinder Singh Sirsa has also apologised to the Sikh masses for his act while claiming that he didn’t do it intentionally.

Bibi Nirpreet Kaur, one of the victims of the 1984 Sikh genocide, had written a letter to the SGPC appointed Akal Takht Jathedar Giani Harpreet Singh while asking him to take action against Manjinder Singh Sirsa.