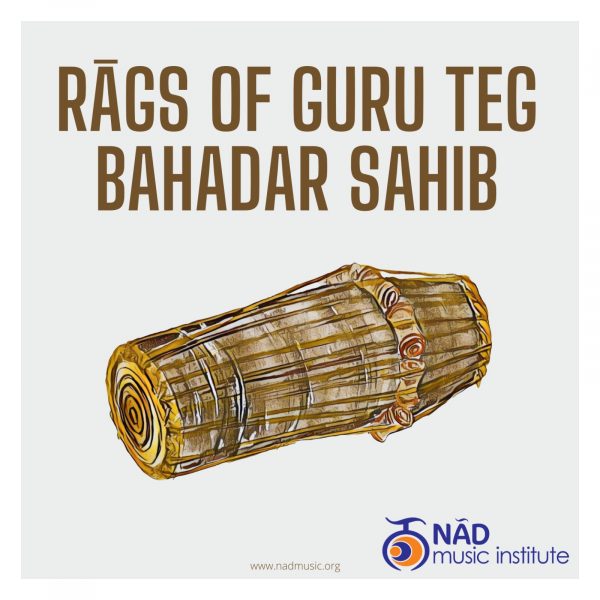 The webinar launch event was attended by viewers from five different countries. The release event video recording is available on YouTube. Listening to snippets from the album, during the event, Manpreet Kaur from California commented, “Each Sabad composition and its singers are truly unique. We are so glad to be part of this group to have access to this musical Sabad Kirtan journey. This feeling is too good for words”.

The album contains 17 Sabads of Guru Teg Bahadar Sahib sung in 17 Rags based on centuries old tradition of Sikh Kirtan. These Sabads (hymns) were recorded based on the age-old tradition of doing Sikh Kirtan, wherein the artists have sung Sabads from Guru Granth sahib with accompaniment of centuries old percussion instrument – Pakhawaj – and string instruments – Taus, Sarangi, Rabãb, Dilruba and Tanpura.

Out of 17 Sabads, 9 are sung by female vocalists and 8 are sung by male vocalists. Among the female Kirtanis, Avtar Kaur, Jasnoor Kaur and Gurdev Kaur performed the Kirtan. Professor Harbhajan Singh, Dr. Manjit Singh and Prabhmeet Singh did Kirtan among the male Kirtanis.

NMI team is proud of the fact that more than 50% Sabads are sung by female Kirtanis. The team hopes that representation of young females in this project will inspire the younger generation to actively participate in the preservation of centuries old traditions.

The NMI team worked with accomplished musicians across the globe to complete this project. Specifically, Ustad Surjeet Singh, the world-renowned Sarangi player, and Professor Harbhajan Singh, Pakhawaji-Lahore Baaj (Punjab Gharana) made huge contributions to this project.

With the blessings of Guru, the NMI team has tirelessly worked for the past several months to complete this project, and that is reflective in the following comments from community members.

“The impeccably produced recordings are clearly a labor of love and are infused with the passion that the entire team at the Nãd Music Institute has for the musical traditions of the Sikh faith.“, quoted Sarbpreet Singh (Writer and Podcaster, Boston, USA) after reviewing the recordings.

“The Guru’s message is not for just listening and learning but also for meditating, and that has been made possible by the young voices presenting his teachings in the traditional Gurmat Sangit genre” mentioned by Manmeet Singh, Filmmaker and Musician from Maryland (USA).

Furthermore, Dr. Manjit Singh, Founder of Nãd Music Institute shared his view on the project. “We are trying to preserve the originality of the Sikh Kirtan by recording the Sabad compositions on Guru Teg Bahadar Sahib’s favorite instrument – Pakhawaj. Moreover, the use of string instruments has further expanded the melodiousness of the Sabads.”

NMI has several projects in pipeline to revive, preserve and share the rich Sikh Kirtan heritage. You can support NMI by either volunteering or donating funds. All donations are 100% tax-deductible in USA. Contact [email protected] for any information.

Nãd Music Institute (NMI) is a Washington (USA) based non-profit organization (501c3), engaged in, preservation and education of Sikh Music through research and collaboration with expert individuals and organizations across the world.