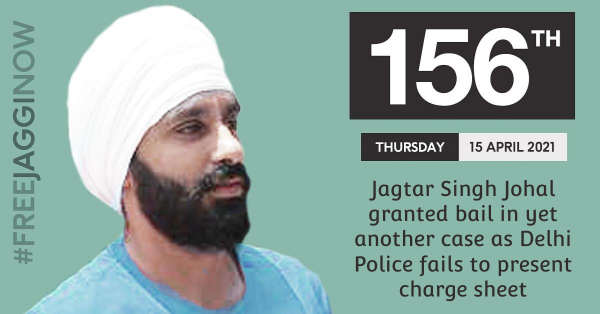 Scottish citizen Jagtar Singh Johal (Jaggi Johal), who has been accused of financing the murders of RSS leaders in Punjab, received bail in one of the nine pending cases against him. Johal is being held at Delhi’s notorious Tihar Jail under several Unlawful Activities Prevention Act (UAPA) and the Arms Act sections.

“Out of the 11 cases, 8 cases are still pending. No charges have been framed yet in any of the cases. Another bail application is pending in the Punjab and Haryana High Court,” Manjhpur said.

He added that June 3 is a critical date as Johal’s bail application in other cases will be heard by the court.

Johal will need to acquire bail in all the pending 9 cases before he can be released.