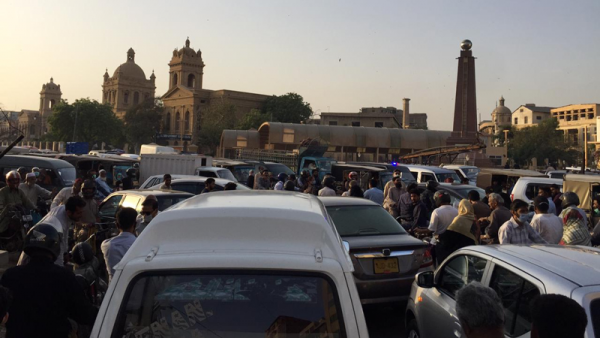 Around 900 Sikh pilgrims, who crossed the Indo-Pak border today to celebrate Vaisakhi in Pakistan, have been stuck at Wagah because Saad Hussain Rizvi’s supporters have blocked the motorway leading to Islamabad.

Notably, the Pakistan government has arrested Saad Hussain Rizvi after he threatened the government with protests if it did not expel France’s ambassador over depictions of Prophet Muhammad.

The Pakistani Sikhs, who were eagerly waiting for the Sikh pilgrims from India, are offering prayers at Gurdwara Sri Panja Sahib, seeking the timely arrival of Sikh pilgrims.

Meanwhile, it is learned that the Pakistan government has started chalking out a plan to commute all the Indian Sikh pilgrims to Gurdwara Sri Panja Sahib via train. A special train will be sent by authorities to Hassan Abdal to promptly make these Sikh pilgrims reach their destination.