On the 43rd anniversary of the 1978’s Amritsar massacre, Sikh24 interviewed Advocate Puran Singh Hundal, a part of the legal team constituted by the Sikhs to look after the legal proceedings of the murder case registered against the Nirankaris, including their head Gurbachan “Singh”. 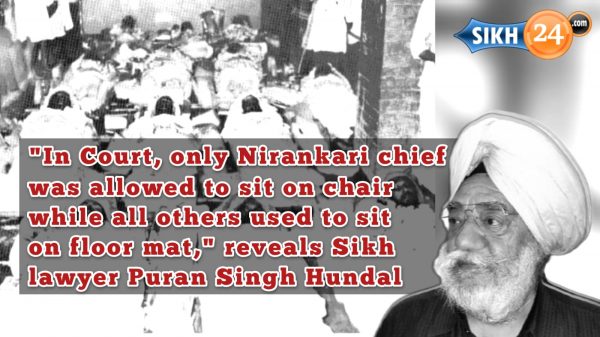 In this exclusive interview with Papalpreet Singh, Advocate Puran Singh has recounted several facts about how the Indian state machinery managed to secure a clean chit for the Nirankaris who had martyred 13 peacefully protesting Sikhs.

Some of the key facts revealed by Advocate Puran Singh Hundal are as follow:

In Court, Nirankari chief was allowed to sit on chair while all others used to sit on floor mat
Watch this video on YouTube.