The apex Sikh body, Shiromani Gurdwara Parbandhak Committee, has written a letter to the United Nations Secretary-General António Guterres asking him to dedicate the year 2021 to Sri Guru Tegh Bahadur Sahib as the ‘International Human Rights Year’. Notably, the 400th Parkash Purab of ninth Sikh master Sri Guru Teg Bahadur Ji will be celebrated worldwide in April and May this year. 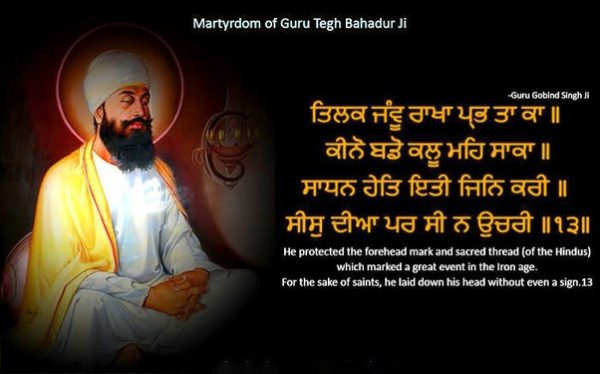 In this letter sent to Secretary-General Antonio Guterres, SGPC president Bibi Jagir Kaur has said that the ninth Guru (Guru Tegh Bahadur) has made unique strides in the religious history of the world by giving his martyrdom for the sake of humanity.

She has further written that Guru Tegh Bahadur Ji showed a sense of self-respect in the people who were oppressed by the oppressors.

p style=”text-align: justify;”>”The 400th Parkash Purab of Guru Teg Bahadur Ji is coming on May 1 this year, which would be celebrated throughout the year in the country as well as abroad. Therefore, because of Guru Teg Bahadur Ji’s great contribution to humanity, the year 2021 should be celebrated as the International Human Rights Year by dedicating it to his 400th birth anniversary,” she wrote.