The legal team of the Delhi Sikh Gurdwara Management Committee has got released 9 more farmers framed by the Delhi police on January 26’s incidents, while 13 others have also been granted bail today, and they are going to get released tonight. 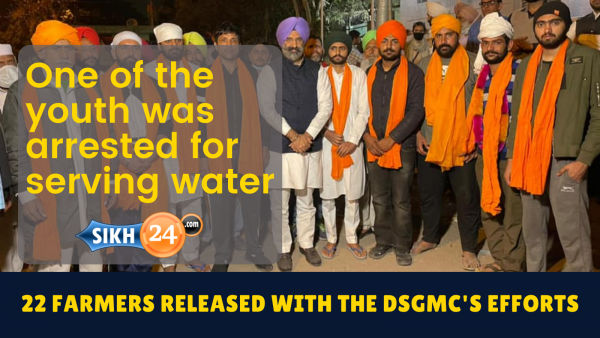 Sharing the development with the media, Manjinder Singh Sirsa has said that the legal team of DSGMC has secured bails for the 13 Sikh farmers indicted by the Delhi police in FIR No. 46/2021 registered at Nangloi police station. He has thanked the lawyers working in DSGMC’s legal team for standing in the back of agitating farmers.

All the sections of Sikh Panth appreciate Manjinder Singh Sirsa’s blunt stand in favor of agitating Sikh farmers. Even his critics have hailed him for showing exemplary courage to stand against the dictatorial tactics of the Indian government by helping the victim farmers.

“I am a fearless Sikh. I have always stood for the right cause and spoken against any authority. I will continue raising my voice for Farmers,” he says.

Talking about the Godi media’s vilification campaign against the protesting farmers, Sirsa says the Godi media is not leaving any stone unturned to present farmers’ agitation in a negative light, but we will continue to fight. “A lion has to roar every day to outshine the challenges for ruling the jungle,” he says.

List of farmers who have been granted bail today: 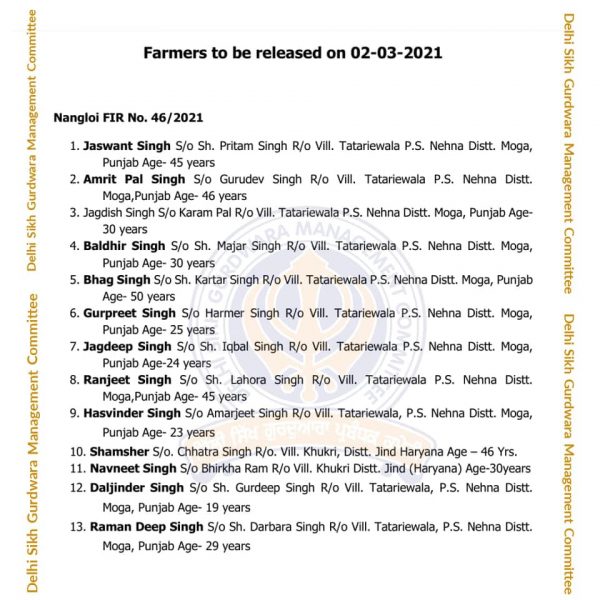