Born in the community of Penbrooke in Calgary, on March 1, 1980, Manmeet Singh Bhullar is the second child of Baljinder Singh and Sukhvir Kaur. Along with his elder sister Tarjinder and younger brother Appy, Manmeet was shaped by the example of community service that their parents set for them.

During his post-secondary years he met his wife Namrita Rattan, whom he married in 2012.

An avid volunteer, Manmeet’s life’s work was about building community, especially instilling optimism and courage in young people. He simply wanted everyone to feel that they belonged.

Elected as MLA for the northeast constituency of Calgary-Greenway in 2008, he became the youngest member to be elected to Alberta’s 27th legislature and the first turbaned Sikh Cabinet Minister in Canada.

As Parliamentary Assistant to the Minister of Advanced Education and Technology, he became the youngest politician to serve as parliamentary assistant or secretary in Canada at that time. During his time in this role he worked to designate Mount Royal College as Mount Royal University, allowing students to graduate with degrees and chart their limitless potential for the future. In 2010, he became the Parliamentary Assistant to Municipal Affairs. He proudly served as Minister of Service Alberta, Minister of Human Services and Minister of Infrastructure. As Minister of Human Services he lifted a publication ban, allowing families of children in foster care to speak about their experiences.

Manmeet was a passionate advocate for the people of Alberta, Calgary, and especially northeast Calgary. As MLA, Manmeet cherished his time with the citizens he represented; young and old, new citizens, community members who shared in his efforts to create a fair, inclusive and inspired community and those that needed kindness and support as they faced their challenges.

p class=””>On November 23, 2015, Manmeet was traveling to Edmonton, Alberta, when he stopped to help a stranded motorist. This simple act of kindness led to him leaving this world as he lived it – always helping others. 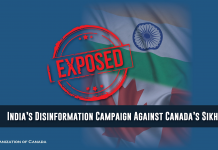