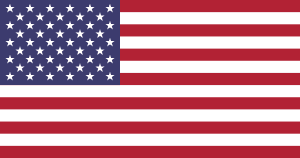 US Based National Farmers Union (NFU) that represents family farmers, fishers and ranchers across the country today expressed solidarity with the farmers protesting in India. NFU has formally organized divisions in 33 states in the country.

For three months, hundreds of thousands of Indian farmers have been protesting policies that will eliminate commodity price floors and allow corporations to play a more significant role in the food system ­– issues that are all too familiar to farmers in the United States. Following a wave of similar deregulatory actions in the 1970s and 1980s, large agribusinesses quickly amassed control of the American food chain while farmers and consumers were stripped of much of their power and protections.

A fierce opponent of unchecked corporate power, National Farmers Union (NFU) “seeks to promote and advance family farm agriculture, not only in the United States but around the globe.” In accordance with that goal, the NFU Board of Directors today voiced its support for the protests:

“Our fellow farmers in India are fighting against measures that would shift authority over the agricultural industry towards corporations as well as weaken policies that sustain farmers and their communities. If our experience here in the United States is any indication, they are right to be concerned.

“Over the past several decades, policymakers have weakened price supports for American farmers, resulting in a never-ending cycle of overproduction and low prices that has pushed tens of thousands of small- and mid-sized farms out of business. Meanwhile, lax antitrust enforcement and deregulation has enabled the near total corporatization of the food system, with dire consequences for farmers and consumers. We all have suffered fewer choices, less innovation, unfair prices, manipulative business practices, and greater vulnerability to disruption.

“We have learned the hard way that fair prices and farmer sovereignty are the bedrock of flourishing rural communities and an equitable food system – in the United States and everywhere else. As National Farmers Union works to secure these basic rights for American farmers, we stand in solidarity with Indian farmers as they do the same.”