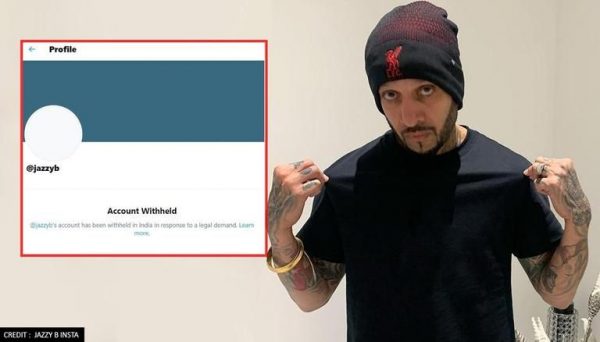 It is pertinent to note here that Jazzy B has been actively supporting the farmers’ agitation in India against the new agriculture laws introduced by Modi led Indian government in June last year.

Besides Jazzy B, Twitter has also blocked accounts of three other activists including Australian hip hop artist L-FRESH-The LION. 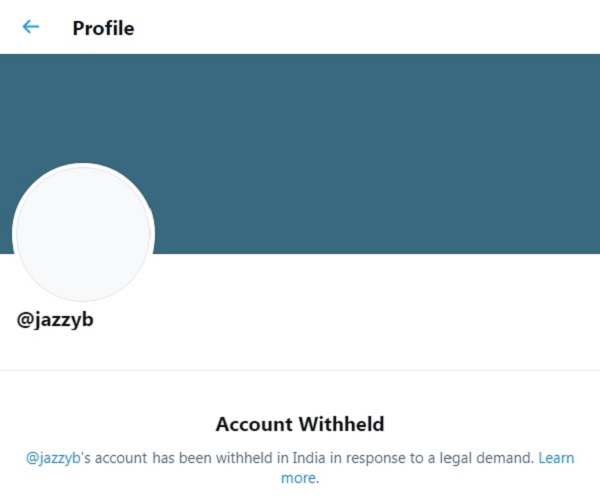 Confirming the development, Twitter has stated that these accounts have been blocked in India after being asked by the Indian government on June 6.

“When we receive a valid legal request, we review it under both the Twitter Rules and local law. If the content violates Twitter’s rules the content will be removed from the service. If it is determined to be illegal in a particular jurisdiction, but not in violation of the Twitter Rules, we may withhold access to the content in India only,” Twitter said in its statement.

“In all cases, we notify the account holder directly so they’re aware that we’ve received a legal order pertaining to the account. We notify the user(s) by sending a message to the email address associated with the account(s), if available,” the statement added.

At the start of this year, Twitter had blocked more than 500 accounts on being asked by the Indian government.

Meanwhile, Jazzy B has said that the Indian government has got his account blocked for raising his voice in favor of agitating farmers and the 1984 Sikh genocide victims.

“I shall always stand for the rights of my fellow citizens,” he wrote in a post over Instagram while posting a pro-farmers hashtag.

It may be recalled here that Jazzy B had attended an event at Tikri border at the start of this year. His pro-farmers song “Teer Punjab Ton” has been viewed more than 2 million times on YouTube.