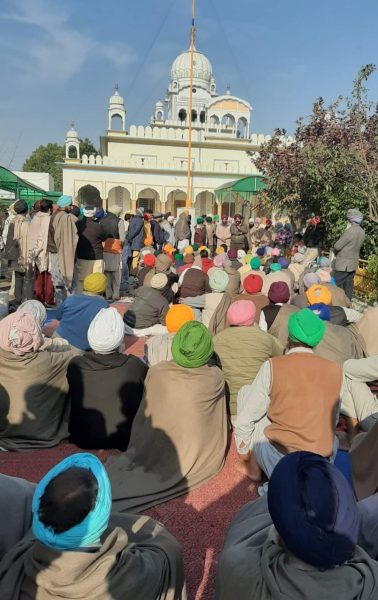 The move has come following Indian government’s cheap tactics of using force through legal as well as illegal means (BJP and RSS goons) on farmers to crush their struggle.

To make every family abide by this resolution, these village panchayats have also fixed punishments in the form of fines and social boycott for the families violating it. One family member of each family in the village would go to the protest on a rotational basis.

Chamkaur Dhaliwal, sarpanch of village Phooli, clarified that the rule of imposing fine on violating families is focused on gathering financial support for the farmers’ agitation.

However, it is learned that these resolutions have been passed unanimously in every village and every family is ready to send one member to Delhi borders.