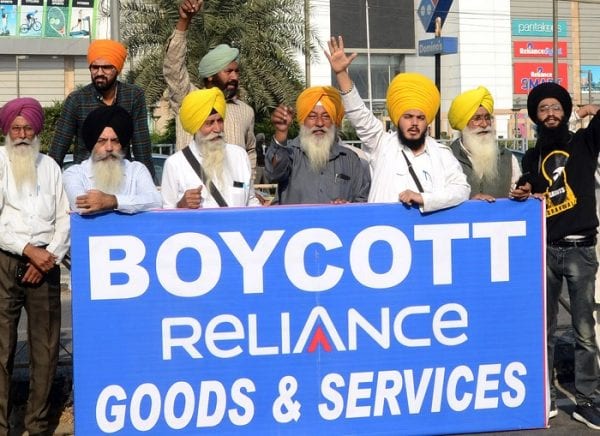 Even as the National Investigation Agency (NIA) has clarified that the people associated with the farmers’ protests directly or indirectly were questioned as “witnesses” and not “suspects”, the way they were summoned and questioned seems to be nothing but their harassment and act of threatening them, going by the disclosures made by those who appeared before the NIA’s sleuths.

When the union government under which it works, is beleaguered over the issue of enacting three farm laws, the NIA sent notices in bulk to Punjab based farmer leaders, social crusaders, Sikh activists, writers, journalists, and even bus transporters who are supporting the agitation with their own ways, on January 15 and 16.

In the notices, they were asked to appear before the personnel of the NIA at its headquarters at New Delhi to answer certain questions related to a case registered against Gurpatwant Singh Pannu, legal advisor of the Sikhs For Justice (SFJ), a pro-Khalistan organization which is banned in India, and his aides under sections of sedition charges and Unlawful Activities (Prevention) Act (UAPA).

After the NIA and the union government came under fire over issuing these notices, some newspapers published a clarification of the NIA. “We have no plans to harass any activist or farm leader. We are just seeking some clarification regarding certain information we have,” one of the officers told The Hindustan Times.

“The NIA is giving false clarification. This is not a way to question the people if the agency considers them witnesses in the case. If it had certain queries, why its teams didn’t reach out to these people at their respective locations in Punjab?. They could have sent its sleuths deputed at Chandigarh. Or the persons could have been called at Chandigarh office which is close to their residences comparatively,” said legal experts.

Deep Sidhu, a Punjab-based activist said, “India is not a small country. It is not possible for everyone to visit New Delhi. Amritsar is more than 450 km away from New Delhi. Ordering the people to cover such a long distance is not less than mental and physical torture a person. What is this if not harassment of the people?”

Lack of adequate time between delivery of the notice and appearance was another factor that raised eyebrows. Some persons were not given time of even a single day to appear before the personnel. Punjab film actor Deep Sidhu received the notice on January 16 and he was asked to be present in the NIA headquarters the next day.

“As I did not appear, an inspector of NIA called me over the phone the same day in a threatening manner. He asked me why I did not appear that day. When I told him that it was not possible for me to turn up there, he even threatened me saying that they knew the method to take me to their headquarters,” Sidhu said, in a Facebook live video.

A Sikh activist Ranjit Singh, from the former student of Sikh seminary Damdami Taksal, further exposed the attitude of the NIA toward those who were summoned. “I was grilled for as many as nine hours from 11.00 am onwards. They took my cell phone and returned it after 6-7 hours after scanning it. The NIA officer asked me everything about my family and relatives. They even asked me why I am supporting the farmers’ agitation if I am not a farmer,” he said while speaking to Akaal Channel.

He said, “The last 20 minutes were very crucial, during which they threatened me in sweet words. The officer asked me what would be the fate of my wife and children if am put behind the bars”. He said he tried to convince them that he did not indulge in any of the violent activities and work democratically and peacefully, but they did not bother these points.

Prior to getting the notice, Ranjit Singh distributed turbans to the farmers at the site of protests on the borders of Delhi.

“If NIA considers these people “witnesses”, was it fair for it to threaten them?”, an activist asks the union government.

The NIA is India’s counter-terrorist task force. The agency is empowered to deal with terror-related crimes across states without special permission from the states. The Agency came into existence with the enactment of the National Investigation Agency Act 2008 by the Parliament of India on 31 December 2008, which was passed after the deadly 26/11 terror attack in Mumbai.

However, its actions have remained under questions.  Of late, its move to summon those who are connected with the farmers’ agitation, has further eroded its credibility and integrity.