AMRITSAR SAHIB, Punjab—The Shiromani Gurdwara Parbandhak Committee (SGPC) will establish a Sikh Mission at Takht Sri Harmandir Ji, Patna Sahib, Bihar, with an aim to preach principles and practice of the Sikhi in the state.

The announcement was made by SGPC president Jagir ‘Kaur’ while addressing a Gurmat samagam organized at Gurdwara Taksal Sangat in Sasaram, Bihar, in wake of Parkash Gurpurb of Tenth King Sri Guru Gobind Singh.

She announced that a Sikh Mission would be set up by the SGPC at Takht Sri Patna Sahib from where the pracharak jathas (bathes of preachers) would go to the state to preach Sikhism.

“The pracharaks would be sent from Sikh Mission at Takht Sri Patna Sahib to teach Punjabi language to the children and Gurbani Santhia (lessons on Gurbani reading, grammar, etc.) at the Gurdwaras in Sasaram”, said the SGPC president.

It is notable that there are four Gurdwaras related to ninth Guru, Guru Tegh Bahadar at Sasaram.

The SGPC president also said that a grand Gurmat samagam dedicated to the 400th birth anniversary of Guru Tegh Bahadur Sahib would also be organized at Sasaram.

She said that this event will be conducted by the SGPC in collaboration with the committees of the four Gurdwaras belonging to Guru Tegh Bahadur Sahib at Sasaram. Bibi Jagir Kaur also announced Rs 5 lakh for Gurdwara Taksal Sangat from SGPC.

Giani Ranjit Singh Gohar-e-Maskin, jathedar of Takht Sri Harmandir Ji Patna Sahib shared his views on the occasion and encouraged the sangat to connect with Bani and Bana (Gurbani and traditional Sikh attire or dress).

During the function, SGPC president Bibi Jagir Kaur and other prominent personalities were felicitated by the local Gurdwara administrators. 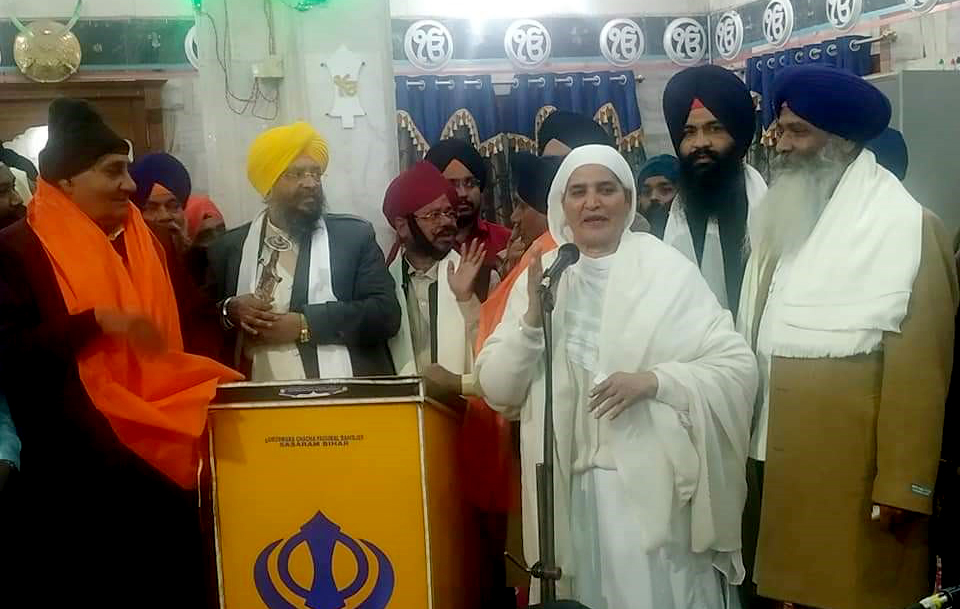