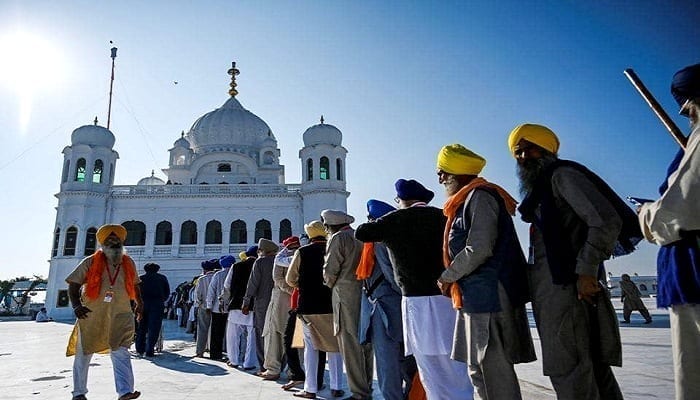 Shiromani Akali Dal (Badal) has parted way with its old ally BJP, but not hatred for Pakistan, home of major historical gurdwaras including the birthplace of Sikh religion’s founder Guru Nanak Sahib.

Being alliance partner of the saffron party which is known for radicalizing Hindu people against Muslim republic Pakistan, the SAD (Badal) leaders especially the Badal family never missed an opportunity to vilify the neighboring country. They did not even take care of the interests of the Sikh community and Punjab while doing so, despite the fact that the SAD (B) is the sole representative political party of the Sikhs. Surprisingly, they are still sticking to their old agenda which is not different from that of the BJP ruling in centre.

Making Gurdwara Kartarpur Sahib’s management in Pakistan an issue by the Indian establishment which is under control of the RSS-BJP, and Indian mainstream media can be understood because projecting Pakistan as a national enemy is their strategy to polarize the Hindu community, but becoming part of this hateful propaganda is beyond the understanding when we talk about the SAD (Badal).

According to a notification on November 3, a project management unit (PMU), a self-financing body, for the management and maintenance of Gurdwara Darbar Sahib, Kartarpur, was constituted under the administrative control of the ETPB in Pakistan. A total of nine officers have been posted under this body and all of them are Muslims.

Earlier various departments of the Pakistan government looked after the construction, maintenance, and security of a big complex developed around the gurdwara, the final resting place of Guru Nanak. To systematize these tasks, the government brought them under a single body called PMU. However, Indian media flared up it as snatching of the gurdwara’s management from the Sikhs and a grave injustice with the minority community.

Even as the Pakistan Sikh Gurdwara Parbandhak Committee (PSGPC) office-bearers including president Satwant Singh clarified that nothing was wrong in the fresh move of the Pakistan government as the jurisdiction of the PSGPC remained intact, the SAD (B) leaders took no time to start vilified propaganda against Pakistan irrespective of the fact that the PMU has been constituted to further develop the project of Kartarpur corridor, which is a positive development.

Its president Sukhbir Badal issued a statement reading, “Pakistan government’s decision to establish a Project Management Unit (PMU) consisting of non-Sikhs had hurt the sentiments of the Sikh community worldwide, Mr. Sukhbir Badal said this also against the ‘Maryada’ associated with Sikh shrines. The Sikh community is viewing this decision as a direct attack on the religious rights of the Sikh community of Punjab. It is for the first time that the management of a Sikh shrine has been taken out of the purview of the PSGPC and handed over to the ETPB”.

Notably, the SAD (Badal) dictated both the largest gurdwara bodies—Shiromani Gurdwara Parbandhak Committee (SGPC) and Delhi Sikh Gurdwara Management Committee (DSGMC)—which are controlled by it, to make negative remarks on this issue.

While the SGPC passed a resolution against Pakistan over this non-issue, the DSGMC president  Manjinder Sirsa crossed all the limits. He said, “The gurdwara has come under the control of ISI”. While doing so, they turned thankless toward the Pakistan government which spent billions of rupees on developing the corridor and opened it finally after 72 years.

While spreading such malicious propaganda, leaders of the SAD (Badal) and both the gurdwara bodies did not think for a while that it could create problem of the Sikhs living in Pakistan and also leave negative impact on the corridor which is already facing several issues and Indian government is keeping it close since March 15. The Sikhs who want cordial relations with Pakistan, made these leaders as their representatives, but these leaders are making their big contribution to damage the interests of the Sikhs and Punjab.

Pakistan based Sikh leaders were seen quite upset over this propaganda and they had to conduct a press conference at Nankana Sahib. Besides, Satwant Singh had to share his video to clear the air. “Don’t worry for us. We are good and safe here. Mind your own business”. These were the words of Satwant Singh who was seen upset in the video.

The Badal family and other leaders of the SAD (Badal) created a lot of hurdles on the way to the corridor’s opening by making negative remarks against Pakistan.

This vilification started when cricketer-turned-politician Navjot Singh Sidhu hugged Pakistan Army Chief General Qamar Javed Bajwa in Islamabad during Imran Khan’s swearing-in ceremony in 2018. At this moment, Bajwa assured him to open the corridor, a long pending demand of the Sikhs.

On September 18, Sukhbir stated that Sidhu has close relations with ISI and Pakistan and demanded an investigation into his call details. His wife referred Sidhu as a Pakistani agent. She said that the neighboring country was using him as a puppet, adding that “he is dancing to their tune”.

Besides, Sukhbir stated that the neighboring country is trying to impose ‘jazia’ (a tax non-Muslims pay under Sharia law) on Indian devotees using the corridor, while Giani Harpreet Singh, SGPC-appointed Akal Takht acting Jathedar, said, “Service fee is not an issue for the Sikhs who only want darshan of the Gurdwara Sahib”.

Not only this issue, but the SAD (Badal) leaders also vilified Pakistan often in the past. They are not abandoning this practice even now when it has left the BJP.