Op/Ed: Kartarpur Sahib and The Reality of India’s Baseless Propaganda

Interestingly, the SAD (Badal) controlled SGPC, and DSGMC leaders also made a full-fledged contribution in fueling this propaganda against Pakistan.

The state-embedded Indian media outlets, renowned as Godi Media, even aired fake news that the Pakistan government has given management control of Gurdwara Kartarpur Sahib to the Inter-Services Intelligence (ISI).

The Indian Ministry of External Affairs has also released a hurried statement against the Pakistan government while dubbing the move as “highly condemnable”.

“This unilateral decision by Pakistan is highly condemnable and runs against the spirit of the Kartarpur Sahib Corridor as also the religious sentiments of the Sikh community at large,” the Indian MEA said in a statement released today while demanding reversal of this decision.

DSGMC president Manjinder Singh Sirsa even said that the Evacuee Trust Property Board was an organization of Pakistan’s Inter-Services Intelligence (ISI).

On being approached by the media, Pakistan’s Religious Affairs Ministry’s spokesperson Imran Siddique has clarified in distinct words that the newly constituted project management committee was meant to sort out administrative issues and controlling account-related affairs of Gurdwara Sri Kartarpur Sahib.

“Like all other Sikh shrines of Pakistan, the PSGPC will continue to manage the religious affairs of Gurdwara Sri Kartarpur Sahib,” he added.

Imran Siddique has slammed India for its baseless propaganda aimed at defaming Pakistan.

The Evacuee Trust Property Board has said in a statement that it manages administrative affairs of all the Sikh shrines in Pakistan and the religious affairs of all these shrines are officially managed by the PSGPC.

What does PSGPC say over this move of the Pakistan government?

PSGPC president Satwant Singh seemed disturbed over India’s propaganda against Pakistan government, and its fueling up by the prominent Sikh bodies SGPC and DSGMC.

He has clarified that the Pakistan Sikh Gurdwara Parbandhak Committee will continue to manage the religious affairs of Gurdwara Sri Kartarpur Sahib like other Sikh shrines in Pakistan.

“There is nothing new or odd in this move of Pakistan government as the administrative affairs of all the Pakistani Sikh shrines are managed by the Evacuee Trust Property Board while the PSGPC manages religious affairs of all these shrines,” he said. 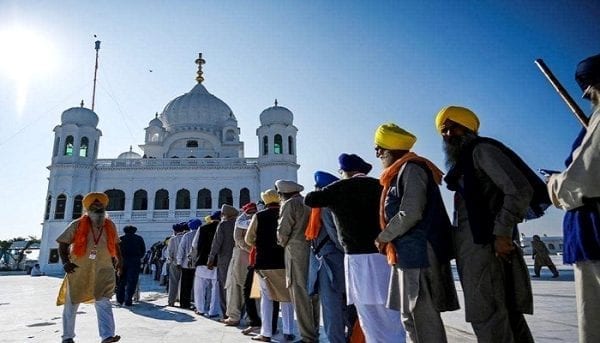 It is pertinent to note here that the Indian media doesn’t miss even a single chance to make Kartarpur Sahib Corridor controversial by spreading negativity and misinformation according to the vested interests of the Indian government.

The historic Kartarpur Sahib corridor, which was opened on the eve of the 550th Parkash Purab of Guru Nanak Sahib in November last year, has been lying closed since March 16.

The Indian government is not ready to reopen this corridor despite numerous requests by the leading Sikh bodies representing the Sikh community like SGPC.

Only two days to go to start of historic celebrations of the centenary of the Shiromani Gurdwara Parbandhak Committee (SGPC), row over missing 328...
Read more