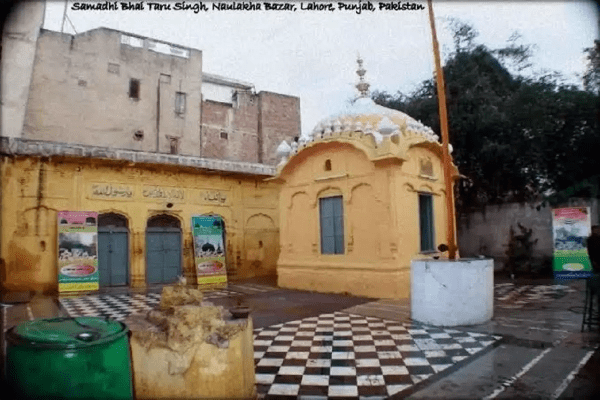 LAHORE, Pakistan—Following the recent news of the take over of Shaheed Bhai Taru Singh Ji Gurdwara in Pakistan, both Pakistan Sikh Gurdwara Parbandhak Committee (PSGPC) and the Shiromani Gurdwara Parbandhak Committee (SGPC) presidents have given statements condemning the incidents.
Satwant Singh, president of the PSGPC told Sikh24 –
“I am personally in touch with the Evacuee Trust Property Board (ETPB) in this matter. I want to appraise the Sikh Sangat that Pakistani Sikhs have been deeply hurt by this incident. He said that the real story is that there is a plot behind the Gurdwara Sahib building which was taken over by some miscreant persons.”
“We are speaking with the Evacuee Trust Property Board so this plot’s illegal occupancy can be resolved. I have faith in the Pakistan Government and the Prime Minister, Mr. Imran Khan, that they will resolve this matter at the earliest,” he added.
He added that the local Sikh leadership needs to tread carefully as this is a very crucial matter. “I can assure you that this occupation was done by individuals, not by any Muslim society or organization,” he said.
ETPB secretary Sanaulla Khan had earlier said that a local Muslim named Sohail Butt Attari of Darbar Hazrat Shah Kaku Chisti and his accomplices named Raza Butt, Umair and others had occupied the attached vacant plot of the Gurdwara Sahib, which was situated in Landa Bazar, Lahore. The plot belongs to a historical Sikh gurdwara, which is the site of Bhai Taru Singh Ji’s martyrdom.
Meanwhile, SGPC President Bhai Gobind Singh Longowal has also strongly condemned the occupation of the shrine. He appealed to the government of Pakistan to crack down on those working with the intention of occupying the shrines of Sikh martyrs in Pakistan. At the same time, Bhai Longowal criticized the occupier Sohail Butt for threatening the Sikhs by saying that the Sikhs had no right to this historic site.
Bhai Longowal also appealed to the Government of India to immediately engage with the Government of Pakistan through the Ministry of External Affairs. He said that it was a matter of utmost importance which the Government of India should take seriously.