CHANDIGARH,Punjab—In an extremely painful incident occurred today during the wee hours, four holy saroops of Sri Guru Granth Sahib Ji got burnt due to fire originated from a short-circuit in electric supply in a Gurdwara Sahib of Sri Ganganagar (Rajasthan). A wave of shock spread across the Sikhs as soon as the information about this unfortunate incident started surfacing over social media. 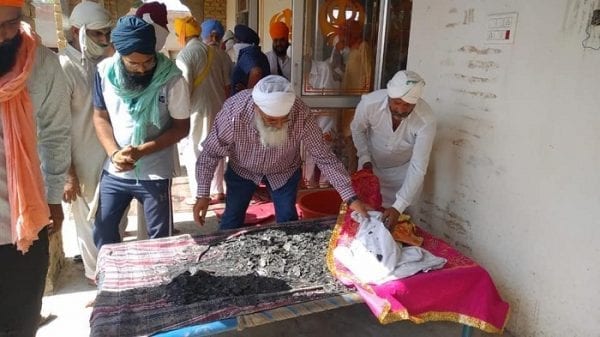 Speaking to Sikh24, Tejinderpal Singh Timma informed that the fire originated due to mistake of Granthi Singh appointed in Gurdwara Sahib of village Q8 situated in district Sri Ganganagar (Rajasthan). “The Granthi Singh forgot to switch off the electricity supply due to which a short –circuit occurred during the night hours,” he added.

He further informed that the Akal Takht has been intimated about this unfortunate incident. “An investigation team has been formed to probe the incident by the Akal Takht,” he added.

Meanwhile, it is learnt that the burnt holy saroops of Sri Guru Granth Sahib Ji are being taken to Goindwal Sahib for cremation. 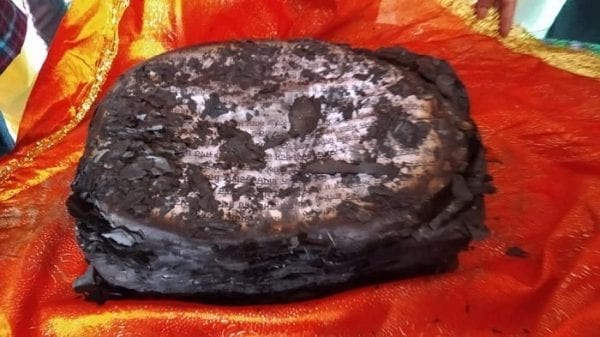 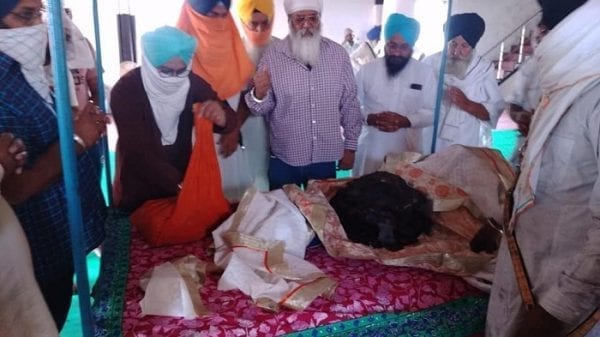 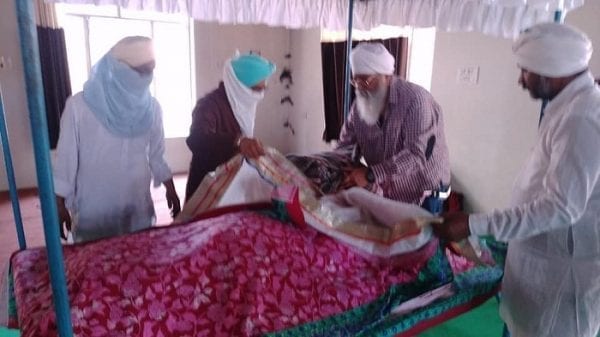