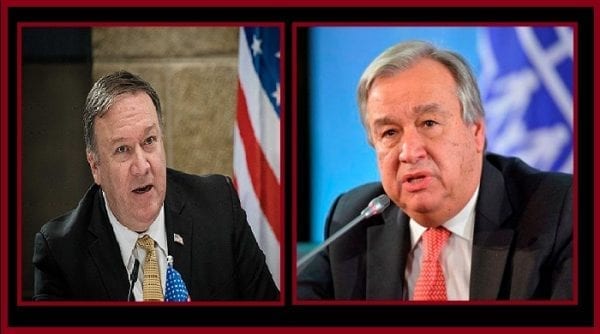 Extending condolences to the families of those who got killed, Antonio Guterres has said that such attacks against civilians are unacceptable and those who carry out such crimes must be held accountable.

“We wish a speedy recovery of those who got injured and stand in solidarity with the people and the government of Afghanistan and will continue supporting efforts to bring peace to their country,” Guterres said via spokesperson Stephane Dujarric.

Beside it, the United State of America has also condemned this attack on Sikhs.

“The United States condemns the horrific ISIS-K claimed attack on a Sikh temple and community center in Kabul this morning which took the lives of more than two dozen innocent people. The Afghan people deserve a future free from ISIS-K and other terrorist activity,” said the US Secretary of State Michael Pompeo in a statement.