bigrio kabiraa  raam duhaaee. saach bhaio  an katahi na jaaee.
(Yes!) Kabir has been ‘spoilt’ (transformed), calling on the Divine. He has become the embodiment of the true One and does not go anywhere else. -Bhagat Kabir, Guru Granth Sahib, 1158

Message: Bhagat Kabir is not following the ways of the world. He remains engaged and occupied mostly in devotion to the Divine, singing His praises, attending congregations of similar minded saints, and serving them. What else can the worldly people say about him except that he was ‘bigria’ (the way Punjabis often use it) or ‘spoilt’.

Only Kabir knows the destination which his chosen path was leading him. He unequivocally declares that with the ‘spoiling’ he has only become self-realized. Those who have chosen the path of love and devotion should not be carried away by what others say about them.

Notes: The word ‘spoilt’ is the common way most English speakers will translate the Punjabi word ਬਿਗਰਿਓ (bigrio). The word ‘spoilt’ has mostly a negative connotation. But for Punjabis ‘bigrio or bigria’ is not quite negative. It doesn’t always chide. It often retains a quality of fondness and pride. For example, a parent when confronted with a remark that his child has expensive tastes often responds with “eh bigria hai’. This is said with more than just a tinge of fondness and pride in the child.

In any case, ‘spoilt’ has its negative sense in some cases, but it may also indicate, in rare cases, that the world has not been able to comprehend the real meaning and value of what it sees as aberration or spoiling. 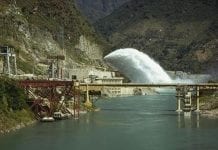 Gurbani Word Of The Day: salitaa