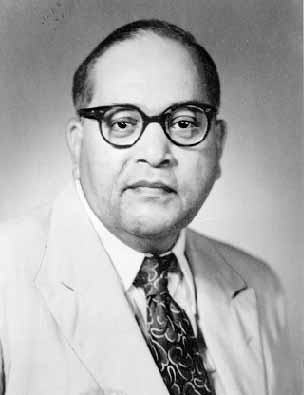 Dr. Ambedkar went to Amritsar in 1936 with his proposal to convert 60 million Dalit to Sikhism, his first choice religion. The Sikh leadership, including Master Tara Singh, a high caste, had been advised by Gandhi and the Brahmin leaders to reject the proposed conversion as that would shift the monopoly of power from the higher caste Sikhs to the new Dalit Sikhs. Gandhi and the Brahmins also did not want the message of caste less society advocated by Sikhism to spread to the rest of India – the land of caste, to which Gandhi and Brahminical forces subscribed. 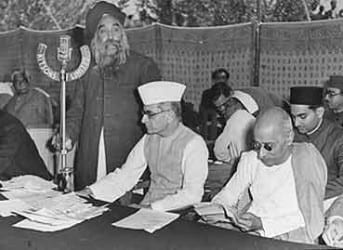 If the Sikhs had accepted the proposal at that time, today Sikhs would have numbered 250 to 300 million, and would have had a lot of clout in all power structures, and what had happened to them in 1984 would probably never would have happened. Furthermore, if they had accepted the conversion, their demand for autonomy would have had a more realistic chance of being met. More still, the Sikh slogan “Raj Karega Khalsa” would have become real by capturing political power in the new democratic India.

Apparently, the Sikh leadership was not interested in expansion of Sikhism to India as they were blinded by their selfish interest, and not the interest of Sikhism. They feared, that they would lose all control and power to the new Dalit Sikhs. If only the Sikhs leaders had followed the true agenda of Guru Gobind Singh Ji of a new caste less society in India; the Guru had hoped that his Khalsa contagion would spread rapidly throughout India especially among victims of the caste system (the lower castes i.e. the shudra varna who form nearly 80% of India’s population).

This was a great loss to Sikhism. The Sikhs had one chance to expand their religion out of Punjab to the rest of India, and they have lost that chance. Sikhism has become a stunted religion as a result without any missionary zeal, restricted to Punjab and largely a hereditary religion with no new conversions at national or international level. This was a great achievement for the Brahminical forces as they did not want Sikhism to spread to rest of India and threaten the hegemony of Brahmins and the Brahminical system in India. The Guru’s in their infinite wisdom wanted Sikhism to be a India wide religion but the Sikh leaders at the time lacked that wisdom and had put their own agenda, above the agenda and the vision of the Guru’s.

All those who have known or know Sardar Harbhajan Singh Khalsa, ex -M.P, will agree that he was a true Sikh and a true Sikh missionary, who loved the massage of  the Guru’s and Guru Granth Sahib Ji. His ultimate desire was to join the Khalsa, a caste less order. He  also desired that the Dalits, who suffer so much injustice under Hinduism and its caste system, should seek refuge in Sikhism, which will give them protection against suffering and oppression.