Editor’s Note: Watch an interview with Sikh intellectual and historian S. Prabhjot Singh at the bottom of this post for details on the 1955 attack on Sri Darbar Sahib.

The Shiromani Gurdwara Parbandhak Committee (SGPC) today held a special event to commemorate the 66th anniversary of July 1955 attack on Sri Darbar Sahib, Amritsar. On July 4 in 1955, the Congress-led Indian government had launched the first armed attack on Sri Harmandir Sahib to crush public momentum in favor of movement for the Punjab Suba. 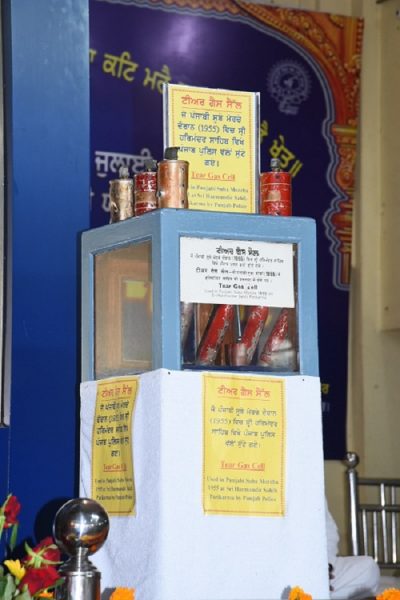 In this event, the teargas shells which were thrown by the police on Sikhs inside Sri Darbar Sahib complex during this attack were displayed for the sangat (devotees) on the stage of Gurdwara Sri Manji Sahib.

Addressing the gathering on this occasion, SGPC appointed officiating Akal Takht Jathedar Giani Harpreet Singh said that the ruling powers have always tended to oppress the Sikhs and this attack was also a part of the serial attacks faced by Sikhs during the past centuries.

“The backtrack of Jawahar Lal Nehru from his promise of allotting an independent area to the Sikhs was similar to the promise-breaking by hilly kings with Guru Gobind Singh Ji,” he remarked while adding that Punjab couldn’t get justice during the linguistic based division done in 1966.

He appealed the Sikhs to unite under the patronage of Sri Akal Takht Sahib as it is the only way to counter attacks on Sikhism. 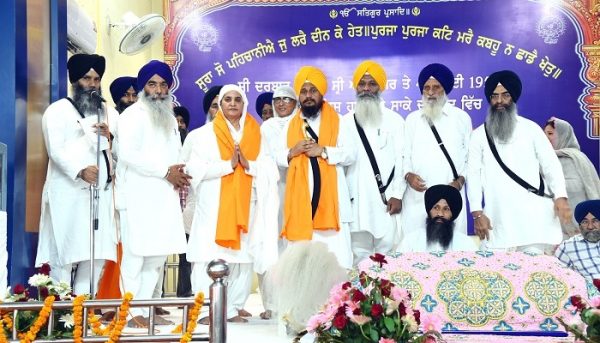 SGPC president Bibi Jagir Kaur said that the SGPC’s motive behind commemorating this day is to acquaint the young generation with the atrocities faced by the Sikhs. “Sikhs made more than 80% sacrifices for the freedom of India from British regime but the ruling Congress party ordered an armed attack on the holiest Sikh shrine just after 8 years of independence. This attack was a depiction of anti-Sikh mentality,” she added.

Bibi Jagir Kaur further said that the then Indian PM Jawahar Lal Nehru and Punjab CM Bheem Sain Sachar had tried to oppress the rightful demands of Sikhs but the Sikhs have emerged as winners from such challenges.

Bibi Jagir Kaur announced that the SGPC will prepare a detailed volume on this Saka after thorough research and the visuals of this attack will also be included in it.

“The SGPC will try to trace the eyewitnesses of this Saka so that their versions could be included in this volume,” she said.

July 1955 Attack on Sri Darbar Sahib, Its Historical Significance and Similarities to 1984
Watch this video on YouTube.