NEW DELHI, India—Taking a daring move today, Twitter has permanently suspended Bollywood actor Kangana Ranaut’s account for repeatedly violating its policy on hateful conduct and abusive behavior. Kangana Ranaut has been posting hate-mongering and abusive tweets for a long time but she was enjoying the protective shield for being an aggressive mouthpiece of the Modi-led Indian government. 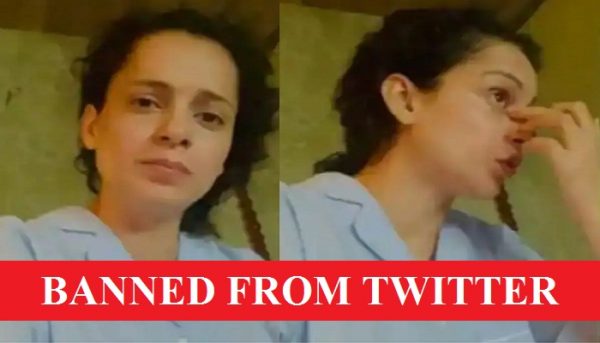 Twitter’s action against Kangana Ranaut came today when she posted an objectionable tweet about the post-poll violence that erupted in West Bengal.

“We’ve been clear that we will take strong enforcement action on behavior that has the potential to lead to offline harm. The referenced account has been permanently suspended for repeated violations of Twitter Rules specifically our Hateful Conduct policy and Abusive Behavior policy,” said a Twitter spokesperson.

After getting kicked out of Twitter, Kangana Ranaut has started crying foul over Twitter’s move while describing it as “a death of democracy” and “a racial attack by the Whites on Browns”.

Bollywood actor Kubbra Sait said the suspension of the account was a permanent relief. She wrote, “Amen! I was in a mental state of tripping her with my left foot if I ever met her. But, this is way better. I hope a permanent relief. Social media can be better without her.”

Actors such as Richa Chaddha and Swara Bhasker have also welcomed the move.

Fashion designers Anand Bhushan and Rimzim Dadu also announced that they are banning all future projects with the actor given Kangana’s hate speech. The two designers also said that they will remove images of all their past collaboration with the actor.

“In view of certain events today, we have taken a decision to remove all collaboration images with Kangana Ranaut from our social media channels. We also pledge never to be associated with her in any capacity in the future. We as a brand do not support hate speech,” Anand’s statement read.