The Ninth Master’ directorial debut from Flex Singh is a short film featuring a Superhero who is on a journey to discover the legacy of the 9th Sikh Guru. This short movie is dedicated to Sri Guru Tegh Bahadur Ji’s 400th Gurpurab (birth anniversary).

The short movie ‘The Ninth Master’ has premiered worldwide on 30th April 2021 on the ‘flexsingh’ Youtube channel. The essence of the film is to immerse the audience about the life of the 9th Sikh Guru, who from a young age was concerned for the wellbeing of others, human rights and embodied a message of freedom, courage, equality & respect for all of humanity.

“The 400th Parkash Purab is a momentous occasion for Sikhs and non-Sikhs around the world! I encourage the viewers to take this once in a lifetime opportunity to stay at home with their families, learn about Guru Tegh Bahadur Ji’s history and read Gurbani, which is a true blessing. ‘The Ninth Master’ short-film is easily accessible on youtube, which is a fantastic way to bring families together and feel inspired about Guru Tegh Bahadur Ji’s legacy,” Flex Singh said in an interview with Sikh24.

This short movie is inspired by many epic big-screen adventures like Marvel Avengers, DC Justice league & Avatar, the Last Airbender. Flex Singh is now on a mission to establish more diverse representation in the TV/Movie industry.

“This is just the beginning of an epic journey. The short film has received a lot of positive feedback so far from both the Sikh community and the wider community, so it is only right that with God’s blessings, we continue to produce more short films & potentially a series in the future to inspire the upcoming generations,” Flex Singh said. 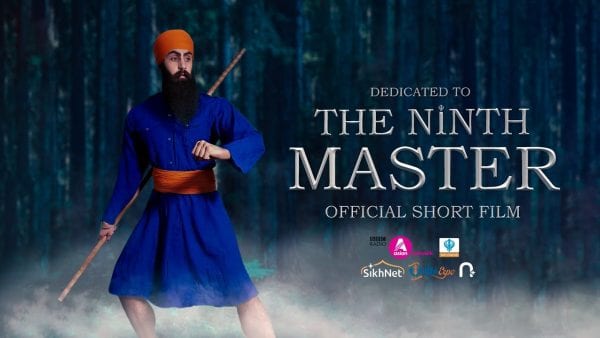