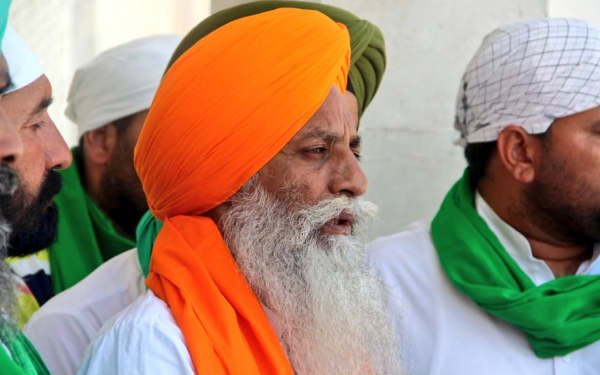 In response to the BJP government’s plan to impose restrictions on the farmers’ movement on the borders of Haryana-Delhi due to the ongoing coronavirus pandemic, farmer leader Gurnam Singh Charuni said this was a tactic being used by the Government to disrupt the momentum by the farmers.

“I call upon all farmers across India to leave for Delhi at once if the Indian Government takes any action on the farmers. They do not have enough bullets to kill the farmers of India. Let us not lose sight, the BJP Government has been shaken from its core, and this is just another tactic by them to scare and malign the farmers,” Gurnam Singh Charuni said in a press conference.

“The government wants to crush this unprecedented people’s movement in the name COVID-19 outbreak. Where is this virus in the poll-bound states where BJP leaders are addressing massive rallies which are being attended by thousands?” he asked.

Gurnam Singh Charuni’s statement came after several elected officials, including Union Ministers, made a statement about the spread of coronavirus due to the ongoing protest by the farmers on Delhi borders.

“They can kill us, but the BJP should not be mistaken that they will be able to get the farmers to vacate the protest sites. If the Government takes such an action, the BJP will not be able to save its face,” Charuni further said.

India’s agriculture minister Narendra Singh Tomar had earlier asked the farmers to evacuate the protest sites due to the spike in COVID-19 cases. Tomar cited that COVID-19 cases have surged, with over 100,000 cases of people testing positive. Tomar said the lives of “farmers were important”.

Gurnam Singh Charuni refuted claims by Tomar and said there had not been a single case of coronavirus at any of the protest sites. “These tactics are not new; earlier, the Government attempted the malign the Muslims when they blamed the Mosques for spreading the virus,” he said.

Gurnam Singh Charuni’s statement came after farmers at Gazipur faced a devastating storm that erupted many camps. Yesterday, a fire was set to some tents at Singhu and some mob with malicious intent.