CHANDIGARH, Punjab—A holy Saroop of Sri Guru Granth Sahib Ji today got burnt in a Gurdwara Sahib situated in the Bajwa Patti of Barnala due to tempestuous fire. It is being claimed that this fire originated from short-circuit, but this fact has not been confirmed officially. 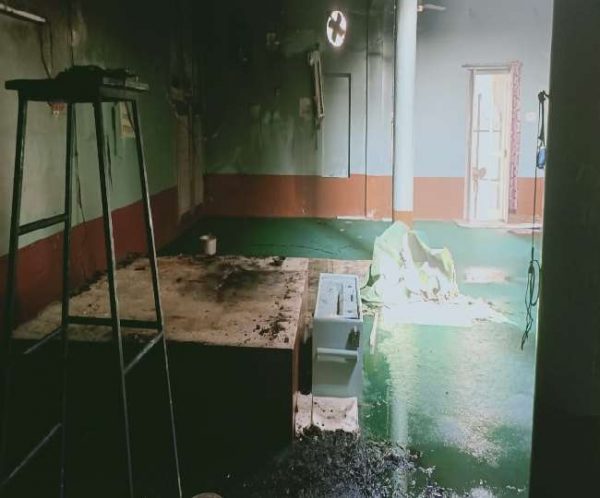 This fire’s intensity was so high that even the roof fans and air conditioners got damaged badly, along with the burning of floor blankets.

Sewadar Satnam Singh was present inside Gurdwara Sahib when this fire broke out, and he tried to control this fire, but all his efforts went in vain. He turned unconscious while struggling to control this tempestuous fire, after which the locals rushed him to the civil hospital of Barnala.

The Fire Brigade squad reached on the spot after being called by the locals, but the fire had destroyed everything in Gurdwara Sahib till they reached.

On getting informed about this unfortunate incident, a local administrative team headed by SDM Varjeet Walia and SP Jagwinder Singh Cheema reached on the spot and seized the DVR of CCTV cameras installed inside Gurdwara Sahib. 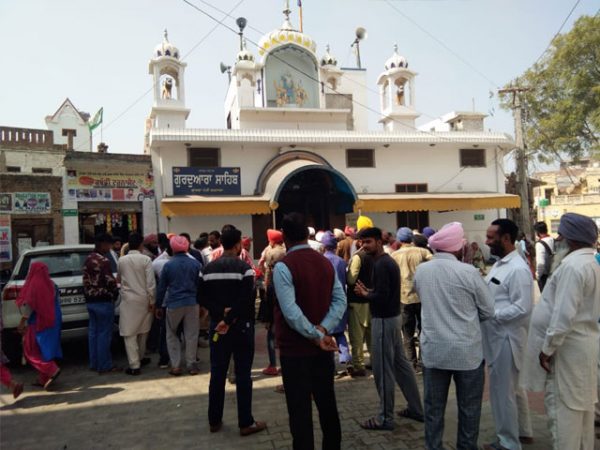 It is learned that the rest holy saroops of Sri Guru Granth Sahib Ji have been rescued from Gurdwara Sahib. All these saroops have been sent to a nearby Gurdwara Baba Gandha Singh.

p style=”text-align: justify;”>Meanwhile, the SGPC has also sent a team to probe this incident thoroughly while the burnt Saroop will be cremated at Goindwal Sahib.