CHANDIGARH, Punjab—Emmanuel Lenain, the French ambassador to India, today paid obeisance at the holiest Sikh shrine Sri Harmandir Sahib. He was accompanied by his wife Géraldine Lenain on this occasion. 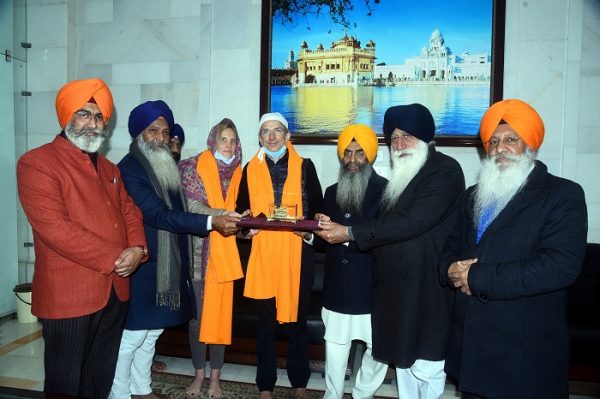 “I am very impressed by the deep religious, peaceful and respectful atmosphere of this holy place (Sachkhand Sri Harmandir Sahib) full of Gurbani Kirtan, lights and colours,” wrote Emmanuel Lenain while recording his feelings in the visitors’ book.

On this occasion, the SGPC honoured Emmanuel and his wife with Siropaos and a model of Sri Darbar Sahib at Information Centre.

Speaking after the visit by Emmanuel Lenain, an SGPC worker told Sikh24 that SGPC officials were reluctant to bring up the issue on dastar ban in France. He said that the officials are hopeful after Lenain’s visit to Darbar Sahib and being welcomed by the Sikhs here, the French ambassador would certainly bring up the issue with the French authorities.