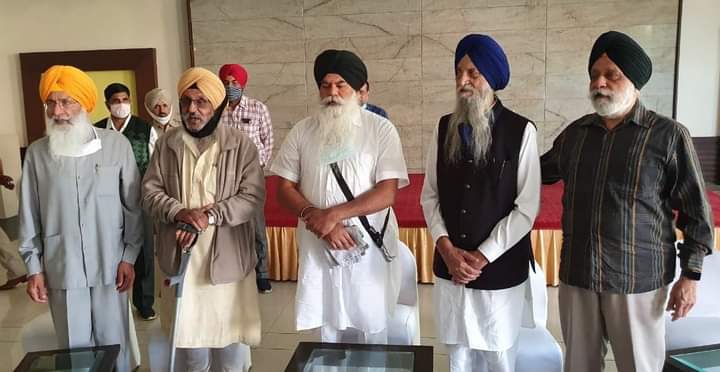 Union government has recently appointed Justice S S Saron (retd) as Chief Commissioner, Gurdwara Elections, that is the first step to pave the way for conducting long pending SGPC general polls. This move is being considered as an indication that the centre may conduct the elections soon. So, the Sikh groups are on toes to gear up for the elections to liberate the historic gurdwaras of Punjab and other neighboring states from clutches of Shiromani Akali Dal (Badal) which is controlled by Badal family for decades.

Before making a formal announcement for the combine called as “Panthik Ekta”, leaders of all these organizations went through several rounds of talks which yielded results finally. After achieving mutual understanding, heads of these three splinter Akali groups called on Baba Bedi who has considerable influence over the traditional Sikh organizations, and Bhai Ranjit Singh who also has a sway in the Sikh community.

Baba Bedi and Bhai Ranjit Singh led Panthik Morcha that contested the SGPC polls in 2004 unsuccessfully. However, the Morcha gave a tough fight to the Badal Dal. Once again, both these religious personalities are up for polls. Bhai Ranjit Singh has already started mobilizing the Sikh masses against the Badals’ party by organizing Panthik gatherings across Punjab.

On Sunday, he held an impressive show of strength outside Sri Harmandar Sahib (Golden Temple) against the SGPC over the issue of missing saroops of Guru Granth Sahib and rare manuscripts of Sikh Reference Library. This show gave sleepless nights to the leaders of the SAD (Badal).

Dhindsa and Brahmpura who remained in mainstream politics in the SAD (Badal), have considerable sway in the masses especially in their strongholds. While several segments of Malwa region are bastions of Dhindsa, that of Majha are of Brahmpura. So, this alliance is most likely to give a tough fight to the SAD (Bada) which is gradually losing its ground.