NEW DELHI, India—The DSGMC president Manjinder Singh Sirsa has shared a shocking video of some youths brutally thrashing a Sikh youth in East of Kailash Delhi while disrespectfully pulling his hairs. It is learned that the Sikh youth later got murdered by these youths. 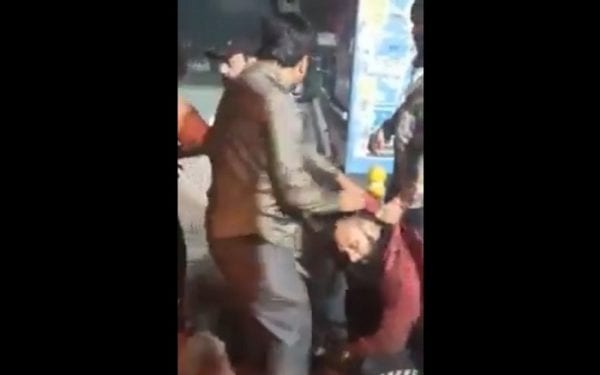 In this video, another Sikh youth could be seen struggling to get the hairs of the victim Sikh youth released from the hands of assailants.

“I won’t release the hairs of Sardar….,” assailant could be listened to speaking these words in Hindi.

“Horrific pictures from East of Kailash Delhi where a Sikh young man was brutally treated and murdered. The culprit visible in the video disrespected his hair and assaulted him physically before killing him. We demand immediate arrest of the culprit & severest punishment. Barbarism of this type calls for nationwide condemnation,” wrote DSGMC president Manjinder Singh Sirsa in the caption of this video.