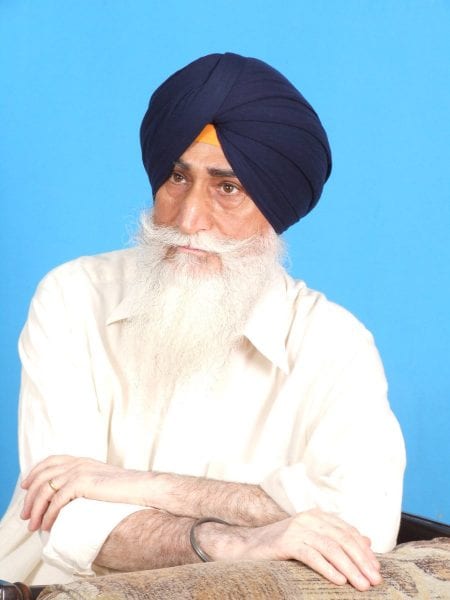 In the letters sent to head office of the Dal Khalsa here and Bikramjit Kaur, daughter of Bhai Sahib, who is residing in England, the secretariat of the highest Sikh temporal seat intimated them about the title. As per the decision taken earlier, award of ‘Panth Sewak’ was planned to be conferred on him.

A copy of the letter has also reached Bhai Gajinder Singh, but he has not reacted to it yet. The Dal Khalsa leaders said a final decision about receiving this title would be taken by him.

On the other hand, the Akal Takht Sahib is yet to fix the day for conferring the title, but most probably it would be in mid of the upcoming month of October.

Founder of pro-freedom Sikh organization Dal Khalsa and Punjabi writer, Bhai Gajinder Singh led his colleagues in hijacking an Indian Airlines aircraft to Lahore in 1981 for release of the then Sikh leader Sant Jarnail Singh Bhindranwale who along with aides defended Akal Takht Sahib from the attack by Indian army in June 1984.

He spent fourteen years in Pakistani prison in the case of hijacking the aircraft. Since his release from Pakistani prison in 1995, he has been staying in exile. He is not free to return to his motherland as the Indian government illegitimately lists him among the “terrorists”, despite he never indulged in any violent activity. While hijacking the aircraft, he and his aides did not harm anyone, nor they had any such intention.

Total of 11 Sikh personalities are getting the awards and titles from the Akal Takht Sahib. Besides him, former Damdami Taksal head Sant Giani Gurbachan Singh Bhindranwale who will be given “Panth Rattan” award, while the title of “Qaumi Shaheed” will be given to Shaheed Baba Charan Singh Bir Sahib, a fake encounter victim.

In January this year, a special CBI court sentenced six officials of Punjab Police to rigorous imprisonment in the 28-year-old case of the encounter killing of Baba Charan Singh and five of his relatives.