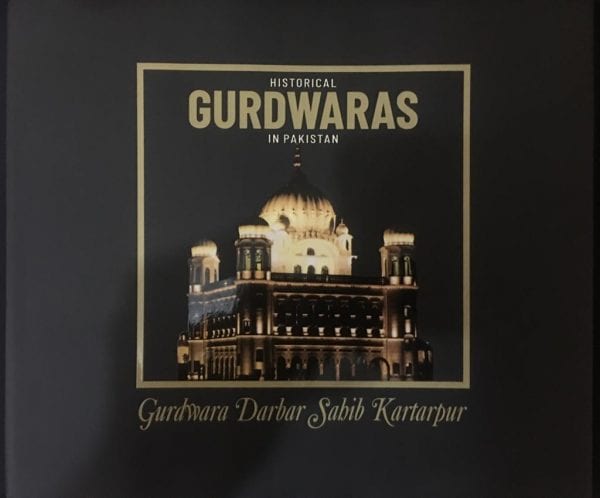 LAHORE, Pakistan—In another positive gesture shown by Pakistan for promoting Sikh heritage sites including historic gurdwaras, a book on historic gurdwaras in Pakistan was unveiled and a website on the Kartarpur corridor was launched here on September 18.

During a special function held in a hotel here, Pakistan Federal Minister for Minorities’ Religious Affairs and Interfaith Harmony Noor ul Qadri unveiled the book and launched the website in presence of various prominent personalities including office bearers of the Pakistan Sikh Gurdwara Parbandhak Committee (PSGPC). 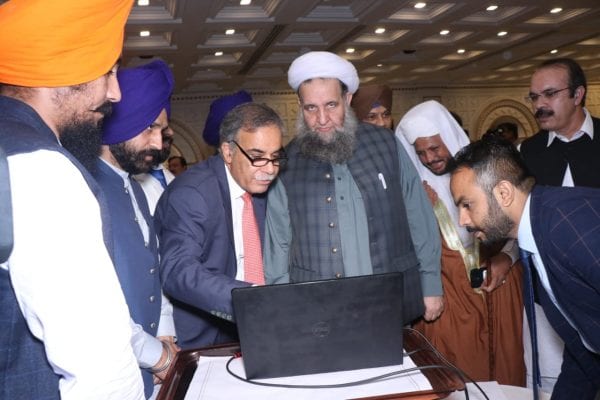 The PSGPC and Evacuee Trust Property Board (ETPB) which manages affairs of the properties evacuated by Sikhs and Hindus during partition in 1947, have taken such initiative aimed at creating awareness among the Sikhs living across the world about the gurdwaras and the corridor which was opened in November last year to provide Sikhs living under Indian union a visa-free access to Gurdwara Darbar Sahib, Kartarpur Sahib, last resting place of Guru Nanak Sahib.

While addressing as chief guest in the function, Qadri hailed Sikh community and called Sikh heritage as precious for Pakistan. He said Pakistan has a lot of potential for religious tourism thanks to the presence of the Sikhs and Hindu shrines. 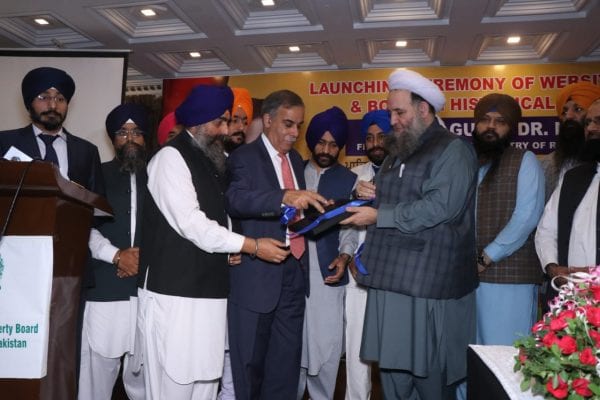 A representative of the ETPB said, “The book has an interesting journey of all the historic gurdwaras situated in Pakistan with beautiful pictures”. The PSGPC president thanked the Pakistan government for cooperating with them in these projects. 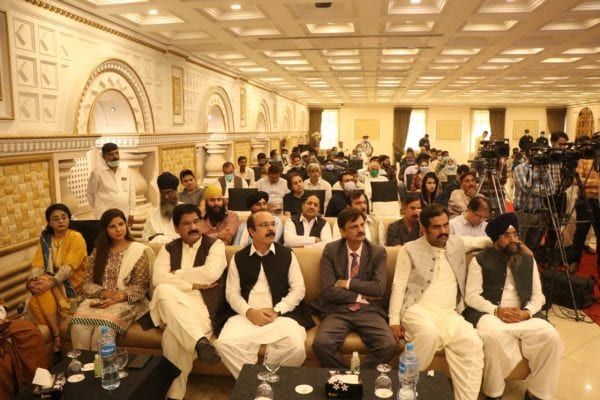 A long pending demand of the Sikh community, the corridor was opened on 550th birth anniversary of Guru Nanak. This is a trans-border link between the gurdwara and another historic Sikh town Dera Baba Nanak, which is situated along the border in the state of Punjab.

However, pilgrimage through this corridor has been suspended since the month of March due to Covid-19 outbreak. The Pakistan government offered to reopen the corridor on June 29, 2020 on the death anniversary of Maharaja Ranjit Singh. However, India is not doing so, despite the Sikh leaders including Akal Takht Sahib acting jathedar Giani Harpreet Singh and the Shiromani Gurdwara Parbandhak Committee (SGPC) president Gobind Singh Longowal have made several appeals to the Indian government to reopen it.

The Indian government also declined the plea of the PSGPC to allow the Sikhs to take part in the ceremonies being organized from September 20 to 22 at Kartarpur Sahib to observe Joti Jot Gurpurb of Guru Nanak Sahib, first time after opening of the corridor.