Latest Update (June 3, 2020 11:30 AM PST): While refusing to provide more details as to why it banned the hashtag #Sikh on its platform, Instagram said it has revoked the ban on #Sikh on and a similar change is expected on Facebook soon.

The Sikh Coalition reported the following –

UPDATE: #Sikh now appears on Instagram again, but still not on Facebook; Facebook has confirmed receipt of our inquiry and is investigating the issue. We will continue to provide more information when we have it.

LONDON, UK—Instagram and Facebook stopped the use of hashtags which minority communities, such as Sikhs, use in raising awareness around human right abuses.

Today (3 June) all social media platforms were rife with comments from the Sikh community at the banning of the hashtag #Sikh. When searching for the hashtag on Instagram, users were confronted with a message:

“Posts of this hashtag are temporarily hidden because of unusual activity that may not meet Instagram’s Community Guidelines.”

No further details were provided as to the reason why the hashtag had been banned but many users on platforms such as Twitter, Instagram and Facebook suggested it was because of growing pressure Facebook faces in its biggest market, India.

Banning linked to Sikh Genocide of 1984?

This year marks the 36th anniversary of the Sikh Genocide of 1984 which began in June 1984 with a military attack by the Indian Government on Sri Harmandir Sahib (commonly referred to by non-Sikhs as the Golden Temple). Thousands of innocent men, women and children were killed by the Indian Army in an operation named Operation Bluestar; with eyewitnesses saying over 8,000 pilgrims perished. More articles relating to 1984 can be found here.

This month many Sikhs have continued to highlight the Sikh Genocide and used the #Sikh as part of their posts. The attack by the Indian Government throughout 1984 and the years that followed is still a sore subject for both the Sikhs as the victims and the Indian Government’ who continue to actively target anyone who raises the matter. One of the more high profile figures to be banned by India for condemning the Genocide was Canadian NDP Leader Jagmeet Singh. 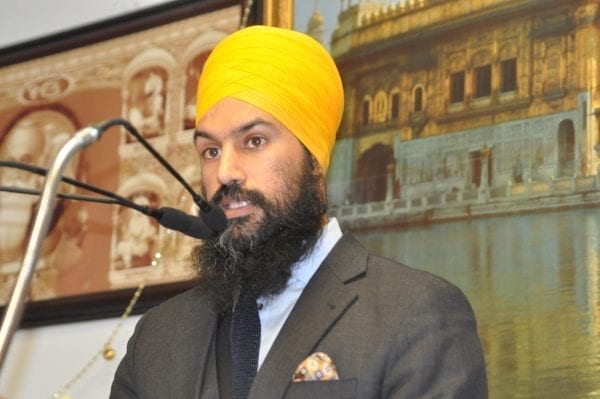 Recent years have seen a step up by the Indian Government in applying pressure on countries where remembrance rallies are held to mark the anniversary. Earlier this year when India committed further human rights abuses in Kashmir, the Indian Government made a direct request to the UK Government to stop a protest by Kashmiri’s and Sikhs held in London, but those requested were rejected. Last year also saw the targeting of Sikh activists by the UK authorities, which also saw Indian Police attend warrants, however no one has been charged in relation to the raids. The raids were linked to the illegal incarceration of Jagtar Singh Johal, a British man in India on alleged terror chargers. He has been in Indian Police custody since 4 November 2017 and to date Mr Johal has not been charged with any offences, left to rot in the Indian jail system by British Government.

India has also applied pressure on companies such as Facebook, who own Instagram as well as popular messaging network WhatsApp, to stop the publications of any material which talks about freedom movements or the creation of a separate state within India, in order for Facebook to be allowed to operate in India. Facebook has accepted the terms and routinely remove any material which highlights freedom movements in India, with India being Facebook’s largest market with more than 270 million active monthly users.

Facebook has already been banned in China after not being willing to follow their rules and they cannot afford to devalue their stock value by letting people highlight human right abuses in India and lose favour with the Indian Government.

While refusing to provide more details as to why it banned the hashtag #Sikh on its platform, Instagram said it has revoked the ban on #Sikh and a similar change is expected on Facebook soon. It did not provide any details on what prompted the ban in the first place.