CHANDIGARH, Punjab—When Guru Nanak Sahib had attained the age of nine years, his father determined to have him invested with the Janeu, or sacrificial thread of the Hindus as was the common custom of the people in India. Until a boy is so invested, he is deemed almost an outcaste. When the members and relations of the family, and all the neighbors, secular and religious, had assembled, and all preliminary rites had been duly performed, Hardial, the family priest, proceeded to put the sacred thread on Guru Nanak Sahib’s neck. Guru Nanak Sahib caught the thread with his hand, and asked the priest what he was doing, and what advantage it was to put a thread of that description on him. The priest then explained that the Janeu was the basis of the Hindu religion, that without it a man would only be a Sudar. Guru Nanak Sahib refused to wear the thread. 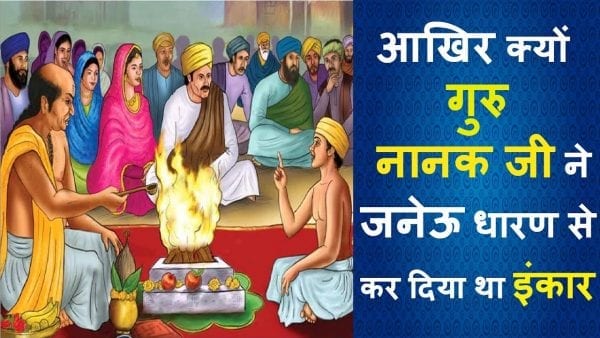 The main reasons given for this rejection are: