CHANDIGARH, Punjab—The Punjab government and the SGPC officials underwent a meeting on October 5 for collaboratively celebrating the 550th birth anniversary’s main program in Sultanpur Lodhi on November 12. Unfortunately, the duo sides couldn’t break the impasse in this meeting held at the SGPC’s headquarters. 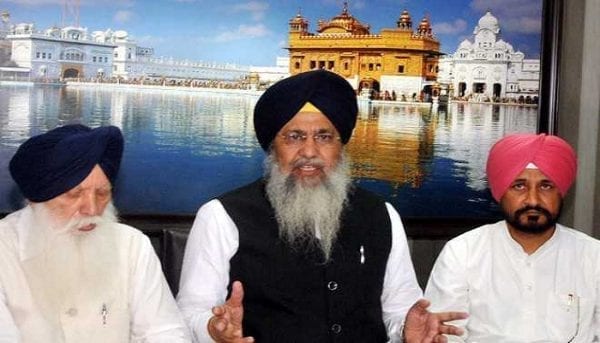 Cooperation and jails minister Sukhjinder Singh Randhawa didn’t attend this meeting as he was annoyed with the SGPC for ignoring the Punjab government, while extending invitations to dignitaries like the Prime Minister and the President. He had even written a letter to the Akal Takht’s acting Jathedar Giani Harpreet Singh while strongly objecting to this move of SGPC.

Commenting on this letter written by Randhawa to the Akal Takht against the SGPC, Longowal said Randhawa sees everything through the prism of politics. “The Gurpurb is a religious matter. If anybody goes to the President to extend an invitation for the celebrations, one should not mind it,” he added.

Interacting with media, Charanjit Singh Channi said that nothing has been finalized for the main function yet and the dialogue on this was still on.

“The meeting was held in a cordial manner. We hope the efforts to celebrate the Gurpurb jointly will yield results. Some modalities have been finalized and the rest will be worked out soon. We will try to hold the next meeting in the presence of Akal Takht acting jathedar Giani Harpreet Singh and chief minister Captain Amarinder Singh in order to take a final decision,” he added.

He said the issues regarding the venue and allied arrangements were discussed in detail, but it fell short of any decision. “After discussing it with the CM, we will give our viewpoint,” he said.

It is noteworthy here that the SGPC has rented the Guru Nanak Stadium to hold the main event and arrangements are underway where state government has pumped in at least Rs 500 million to erect a stage at the back of Gurdwara Ber Sahib for the event in addition to the tents to accommodate a huge number of devotees.

The stalemate between the two sides was to decide upon the stage for joint event which would be graced by the President, the PM, CMs of various states and dignitaries from various countries.