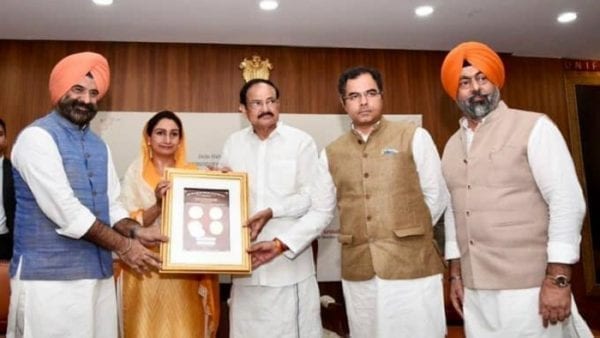 “Teachings of Sri Guru Nanak Dev Ji are still guiding the world and the slogan given by the Indian PM Narendra Modi ‘Sabka Saath, Sabka Vikas, Sabka Vishwas’ is also inspired from the teachings of Guru Nanak Sahib,” Naidu said these words while expressing happiness on the eve of releasing these coins made up of gold and silver. 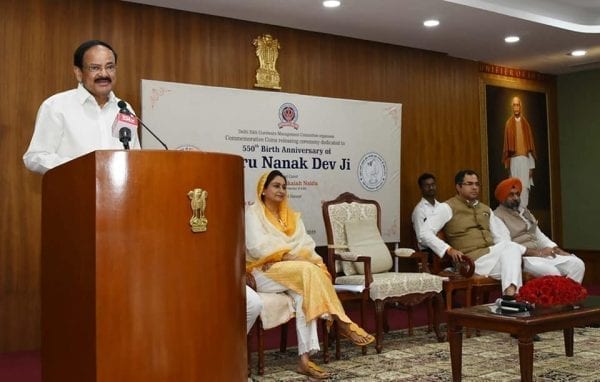 Naidu further said that the teaching ‘Naam Japo, Kirat Karo te Vand Shako’ is more important in today’s rapidly changing society and we should teach these values to our current generations.

DSGMC president Manjinder Singh Sirsa shared information about the selection of designs of these commemorative coins.