CHANDIGARH, Punjab—A serene scenario of Corporate giants’ impact on the Indian government has come to fore within two days after the outraged farmers disconnected power supply of only 9% mobile towers of Reliance Jio in Punjab. Interestingly, the Indian PM Narendra Modi has himself appealed the protesters for not destroying the “public property” while indirectly pointing towards targeting of Reliance Jio’s towers in Punjab. 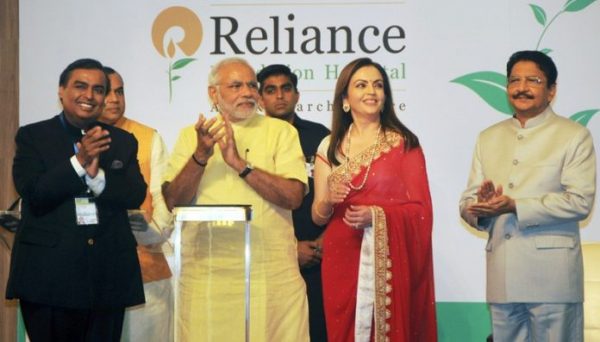 Dubbing the disconnection of power supply to Reliance Jio towers as “an attack on the national property”, Narendra Modi said that harm to “public property” is an attack on common man.

To date, outraged farmers have disconnected the power supply of around 1600 out of the total 18,000 mobile towers of Reliance Jio in Punjab.

Astoundingly, hardships of more than 5 million farmers protesting in this unbearable cold weather is a small thing for the Indian PM Narendra Modi but the disconnection of power supply to only 9% mobile towers is intolerable for him.

Today, Punjab Governor VP Singh Badnore has summoned the Chief Secretary as well as DGP Punjab in the wake of disconnection of power supply to Reliance Jio’s mobile towers in Punjab. It is clear that the pressure on Punjab Governor to control targeting of Reliance Jio towers is coming from Centre.

Sikh24 doesn’t endorse the use of illegal means to get one’s demands fulfilled but this episode has definitely exposed who is controlling the “world’s largest democracy”.

Meanwhile, a freelance journalist Sandeep Singh (@PunYaab) who has become the social media face of the protests at various Delhi borders said that the Government is taking a strong notice of vandalizing of Jio towers, which it claims are public property, however, the Government itself has dug up roads leading to Delhi. He posted that the roads are public property, not the Jio towers.