Startled, I woke up. I was sweating and breathing heavily.  Then I remembered where I was. With relief I said out aloud, “It was just a dream.”

Immediately my maid came and asked me if I needed something. I looked lovingly at her. She was more than just a maid; she really was my best friend. She had known me for over twenty years now. Quite alarmed at the sweat on my face, she said, “What is wrong, my queen?”

I murmured, “Just a bad dream.”

She started, “You shouldn’t have eaten that spicy food. That cook needs some sense…”

Best friend or not, I was in no mood for her gossip. I interrupted, “That will be all.”

She gave a short bow and with a feigned hurt look, left.  I calmed myself. The dream had been so real!  I silently tiptoed into my little prince’s chamber. He was sleeping quite peacefully. I went close and softly kissed his cheek. He stirred and dreamily looked at me and mumbled, “Ma.”

I kissed him again. He looked a lot older than seven years. He looked up and asked, “When is papa coming home?”

Trying to sound confident, I said, “Soon, my child, soon.”

“But Vazeer had promised he would be here by last month.” Vazeer was the chief minister and it was no secret that he was the one who was really running the kingdom.

“Go to sleep, my son. Your father will be here soon.” He smiled at me and went back to sleep.

I returned to my bed and silently prayed for my king’s well being. He was a gentle man and had brought peace to the land after decades of bloodshed.  But a few months ago, a small rebellion had broken out in the southern province and it was decided to send soldiers there to break it.  The king too wanted to go. I had begged him to not to go, but Vazeer had advised that the king’s place was with his soldiers. I had given up.  After all, it was only a small battle. To re-assure me, Vazeer had sent all but a third of our soldiers with the king.

But now I was quite worried. The king hadn’t written for weeks and just this morning in the court, a messenger had come and asked me to send the remaining soldiers to the battlefront. I asked him why the king had not written; he replied that the king was busy. But he re-assured me that the battle was almost over. I didn’t want to send all the soldiers but Vazeer had said that it was absolutely needed. Once again, I trusted him and did what he said. Only fifty soldiers remained behind.

I was about to go back to sleep when I heard a knock on my door. I was surprised and asked who it was. Vazeer answered. He opened the door. He had never been to my chambers before. I knew there must be something urgent.

“What is it?” I asked. He was a man in his fifties. His beard was grey but his mind was the sharpest in the kingdom.

He replied, “Nothing, my woman.” I was shocked to hear his reply; all my subjects referred to me as “queen”.

I raised my voice, “What do you want?” Without replying, he came and sat on the king’s favorite chair.

He laughed. “You are now my queen.”

I had enough of him. He probably had too much wine in his blood.

I called out, “Guards.” The guards didn’t come. I shouted out again, “Guards!” Still no one came.

Vazeer softly said, “Guards.” Immediately, two of my guards came and bowed to him. A cold chill went up my back.

Vazeer said, “My dear, I am afraid, there has been a little change. The king is dead and has been dead for a month now.”

I screamed out, “You are lying!” I ran to the window and shouted to the sentry. “Come here at once!” They looked at me without moving.

Vazeer laughed again.  “Please understand your position now. You no longer can command.”

I looked at him. I clearly understood why he had insisted that the king go to war. It had been his plan to have the king killed. He softly said, “Guards, behead the prince now.”

The guards started going to the prince’s chamber. I ran up to them and tried to hold them back. One of them roughly pushed me away. I fell down and with a loud thud, the back of my head hit the wall… 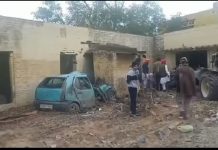 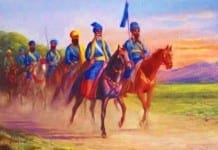 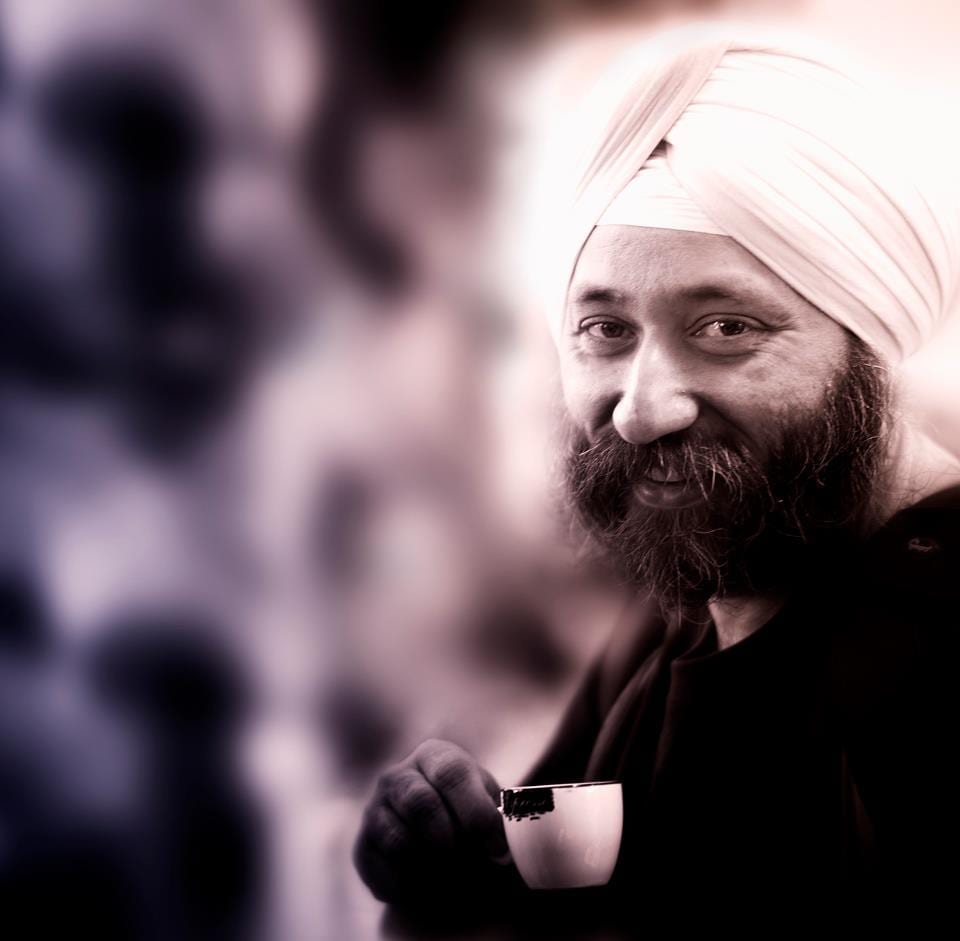