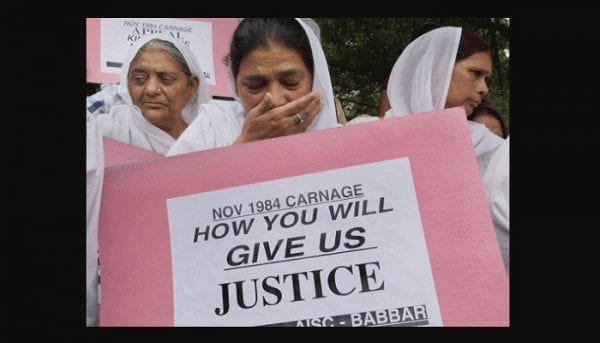 Welcoming the special investigation team’s (SIT) move to collect the evidence after reopening the files and proceed the cases of Kanpur Sikh genocide in November 1984, the Shiromani Gurdwara Parbandhak Committee (SGPC) president Bibi Jagir Kaur demanded that the accused persons should be strictly punished.

She said that in November 1984, innocent Sikhs were massacred in Delhi, Kanpur, Bokaro, and other cities, but sadly, even after a long period of time has passed, the culprits have not been punished. She said the SGPC has continuously worked to get the culprits of the Sikh genocide punished but they had been escaping the law with the patronage of the Congress.

“Even the Delhi Sikh genocide convicts and accused like Sajjan Kumar, Jagdish Tytler, and Kamal Nath were rewarded with the political positions by the Congress. With this, salt was rubbed on the wounds of the Sikhs”, said the SGPC president.

Jagir Kaur said, “Although, with the convictions and punishments to some accused, hope has come alive, but even after 37 years have passed, all the accused have not been put behind the bars. Now that action is being taken against the culprits of the Kanpur Sikh genocide, we hope that these culprits will be punished soon”.

‘Show of strength at Sri Harmandar Sahib by Navjot Singh Sidhu, a violation of conduct’

The SGPC president has strongly condemned the violation of Maryada (conduct) and the honour of the Guru’s house with the show of strength by Navjot Singh Sidhu who visited Sachkhand Sri Harmandar Sahib to pay obeisance yesterday (on Thursday).