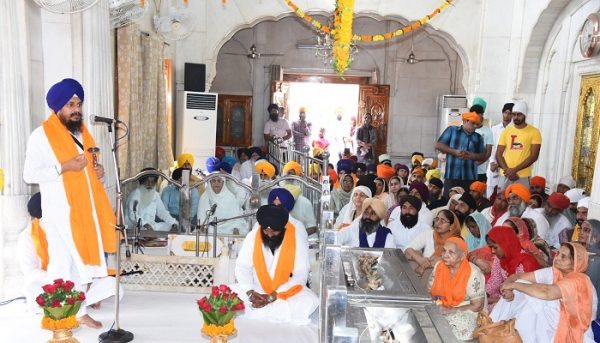 Shedding light on the history of Miri Piri Diwas, Giani Jagtar Singh inspired the Sikh masses to live their lives as per the path enlightened by Guru Sahib.

Extending congratulations to the Sikh community, SGPC appointed officiating Akal Takht Jathedar Giani Harpreet Singh said that the concept of Miri and Piri was a combination of temporal power and spirituality respectively. “This concept holds a great importance in the history of this world,” he added.

Giani Harpreet Singh further said that Guru Sahib had taught the Sikhs to defend meek ones while following the path of spirituality. “The Akal Takht’s call of adopting this principle of  Miri and Piri had shaken the roots of the oppressive Mughal empire at that time. It resisted the tyranny of the powerful and oppressive rulers, which changed the inferior thinking of the people and brought them out of slavery. That was the reason why Sri Akal Takht Sahib has always been challenged by the rulers/governments”, said Giani Harpreet Singh.

Giani Harpreet Singh appealed to the Sikh community to adhere to this honourable principle of the Guru and adopt Bani and Baana (Gurbani and traditional Sikh attire) to uphold Gurmat (teachings of Sikh Gurus) traditions and customs.

During the function, the historical Miri and Piri kirpans (swords) adorned by Guru Hargobind Sahib at Sri Akal Takht Sahib were also shown to the sangat. 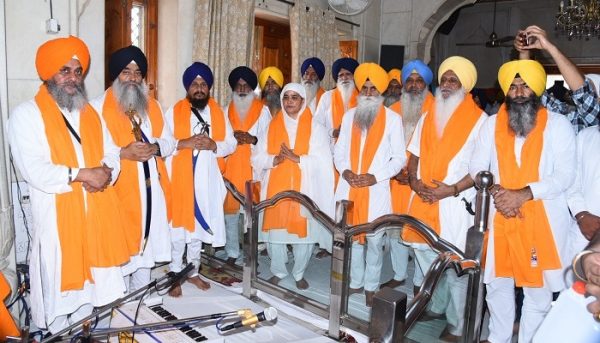 On this occasion, eminent personalities were honoured with Guru’s blessing Siropaos (robe of honours).