CHANDIGARH, Punjab—On July 9, the mainstream Indian media had highly highlighted a very small event in which Indian Prime Minister Narendra Modi received the first copy of a book named “The Ramayana of Shri Guru Gobind Singh Ji”. It has been penned by Late Mrs. Baljit Kaur Tulsi Ji, who is the mother of noted lawyer KTS Tulsi, and is published by the Indira Gandhi National Centre for the Arts. 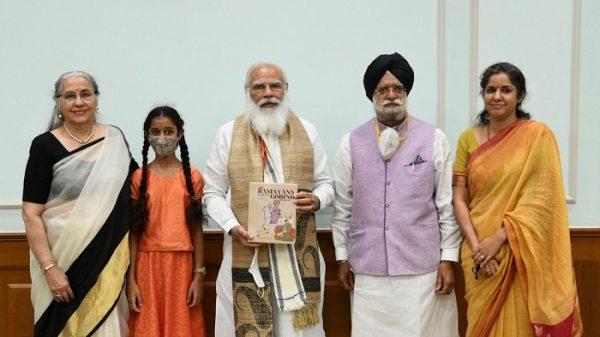 “Guru Gobind Singh Ji didn’t write any Ramayan instead he has only talked about Hindu Lord Ram in a section of Dasam Granth. This part has all the characters of Ramayan but the war, its form, and description is totally different,” he said.

SGPC’s chief secretary HS Dhami has sought an immediate ban on this book.

On August 5 last year, Indian PM Narendra Modi had first spoken about this “Gobind Ramayana” while addressing the inauguration event of Ram Mandir.