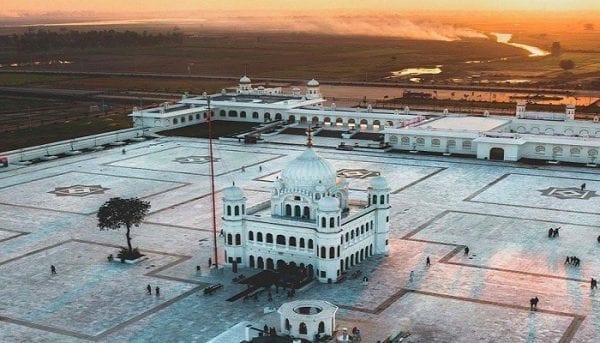 As the second wave of Covid-19 outbreak is almost over in South Asia, Pakistan has announced plans to reopen the Kartarpur Sahib corridor, but India is still adamant to keep it close, setting Sikh sentiments aside.

This week, the Pakistan Sikh Gurdwara Parbandhak Committee (PSGPC) stated that Covid-19 situation is under control in Pakistan and India should reopen the corridor, which gives pilgrims belonging to Punjab and other states of Indian Union visa-free access to Gurdwara Sri Darbar Sahib, Kartarpur Sahib in Pakistan, now.

The PSGPC president Satwant Singh stated it in the letter written to the Shiromani Gurdwara Parbandhak Committee (SGPC) president Jagir Kaur and Akal Takht acting jathedar Giani Harpreet Singh to hail the statement made by Kaur seeking reopening of the corridor.

The letter reads, “Pakistan Sikh Gurdwara Parbandhak Committee (PSGPC) welcomes the statement of Bibi Jagir Kaur, President Shiromani Gurdwara Parbandhak Commiittee (SGPC), India who demanded immediate reopening of the Indian side of the Kartarpur corridor from Indian Government on 7th July 2021. PSGPC fully supports the demand of SGPC, India and reassures here that all the arrangements for Indian Sikh yatrees will be made in befitting manner to facilitate them during their yatra of Darbar Sahib Kartarpur. PSGPC would also like to highlight here that COVID-19 Situation is totally under control in Pakistan and we are looking forward for an early decision from Indian Government to reopen Kartarpur Corridor for yatrees” (sic).

“At this historic moment of reopening of Kartarpur Corridor, PSGPC would also like to extend an invitation to Bibi Jagir Kaur, President Shiromani Guruduwara Parbandhak Committee (SGPC), India alongside with her team and Jathydar Akal Takht Giani Harpreet Singh Jee to visit Gurdwara Darbar Sahib Kartarpur via Corridor. PSGPC will make all the arrangements for the visit of SGPC and will welcome the delegation at zero point of Pakistan side of border to make a new beginning for “Corridor of Peace” as described by UN Secretary General, Antonio Guterres”. (sic.)

In reply to this letter, the SGPC president said in a Tweet, “Thank you very much for invitation. I pray to Waheguru to fulfill wishes of the #Sikh Sangat (devotees) in both countries at the earliest so that the Sangat from #India can visit their shrines. We hope Sri Kartarpur Sahib Corridor will reopen soon”.

Even as the second wave of the virus outbreak is over, Indian government is giving no indication to lift the suspension, despite requests made by Sikh leaders.